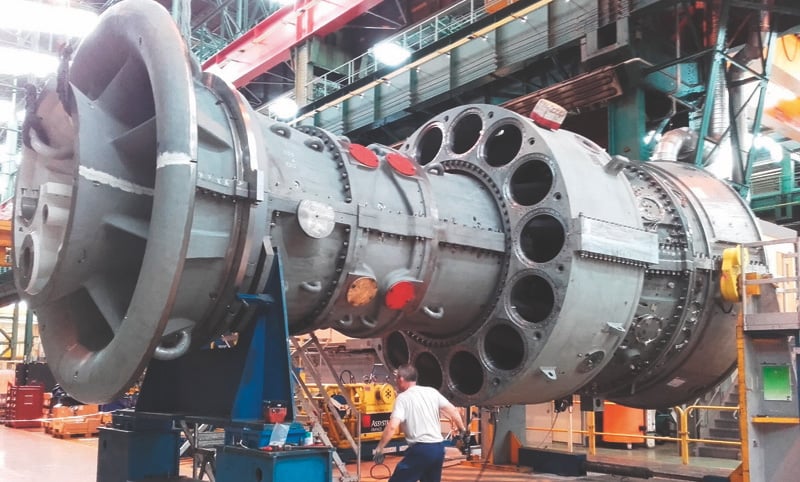 The world’s first steady electrical current invented in the 1800s has now evolved into a global market that the International Energy Agency (IEA) said garnered $718bn in investment last year.

For the first time, the worldwide spend on the electricity sector exceeded the combined spending on oil, gas and coal supply.

This rise in investments is translating into an increasingly sophisticated and diverse menu of power generation options for those in the Arab world and beyond, from traditional coal-powered plants, to thermal, nuclear and renewable projects.

Saudi Arabia’s Apicorp estimates that the power sector accounts for the largest share at just under a third – approximately $207bn – of the $622bn worth of planned energy investments over a five-year period across the Middle East and North Africa (MENA). Such investments will be key to satisfying the 8 per cent annual increase in power demand anticipated across the region in the medium-term.

But the market is still a long way from guaranteeing light with the flick of a switch in all the 22 nations of the Arab world.

Two camps have emerged in the region’s power equation. In Gulf countries, blackouts are rare thanks to petrodollars that have built robust and comprehensive infrastructure. Still, more capacity is required to support the region’s rapidly growing industrialisation and increasingly prominent role in global trade markets.

For example, an additional 25 million visitors are expected to flock to Dubai for Expo 2020 – around nine times the emirate’s current population.

At the other end of the spectrum, blackouts afflict Arab countries that have shallower pockets, aged infrastructure and security issues.

Gaza’s residents can have just four hours of electricity per day and in parts of Yemen, supply can sometimes shrink to 60 minutes a day. Egypt, Lebanon, Iraq and many others also face power shortages.

The consequences of hit-and-miss power supply in homes, essential services and boardrooms are far-reaching.

Both camps have a common pressure point; population growth. Gulf countries anticipate double-digit growth, with Saudi Arabia’s population swelling by 37 per cent to 45 million people by 2050, for example. To the west, another 500,000 people are expected to join Cairo’s 12 million residents this year, reaffirming the Egyptian capital’s title as one of the world’s fastest growing cities.

BP expects the Middle East to contribute almost 8 per cent to global energy consumption by 2035, despite accounting for just 4 per cent of the global population.

Identifying cost-effective solutions that enable operators to increase, decrease and move supply where it is needed would help Arab leaders cultivate their growing populations into a national dividend rather than a liability.

Greater visibility is essential for operators’ ability to ramp up and scale down in response to shifting demand patterns. Therein lies the value of digital solutions, which encompass the industrial Internet of Things (IoT), smart meters, sensors and data analytics.

These tools enable teams to identify potential system-level bottlenecks and downstream impacts of what is a vast market. Inea Consulting estimates that the world’s electric power transmission networks encompass more than 5.66 million circuit kilometers – around 10 per cent of the distance to Mars.

Power producers in many parts of the world also face increasing pressure to retire existing plants for economic or environmental reasons.

Technologies such as GE’s 9EMax gas turbine upgrade solution can help to bridge the void between old and new. The 9EMax can significantly increase output (up to a 4.8 per cent increase for simple cycle), extend availability with longer hours-based maintenance intervals, cut annual fuel costs by as much as $5m, while creating the potential for up to $6m in additional revenue, all within the same footprint as an existing 9E gas turbine.

It also includes an array of digital solutions to boost operational reliability, improve combustion operations and manage emissions. Moreover, the 9EMax can operate at partial loads, making it ideal for power producers looking to add renewables to their energy mix.

Meanwhile, renewables are unsurprisingly moving front and center of the Middle East’s power diversification plans; 60 per cent of the GCC’s surface area alone being well suited for solar PV deployment.

The UAE’s position as the region’s power pioneer has been reinforced by the development of a $20bn plant at Barakah by Emirates Nuclear Energy Corporation (ENEC). Saudi Arabia is also allocating $80bn to build 16 nuclear power reactors over the next 25 years.

Creating greater flexibility for the increasingly large and demanding consumer base requires more hard work. But the ever-lengthening ‘menu’ of generation options means we have the tools to ensure that light switches across the Arab world bring light – anytime, anywhere.

Qatar’s RasGas Signs Deal With E.ON To Supply LNG To The UK

Saudi To Invest Over $133bn In Power Investment

Sponsored: Why the region’s financial market is gaining ground