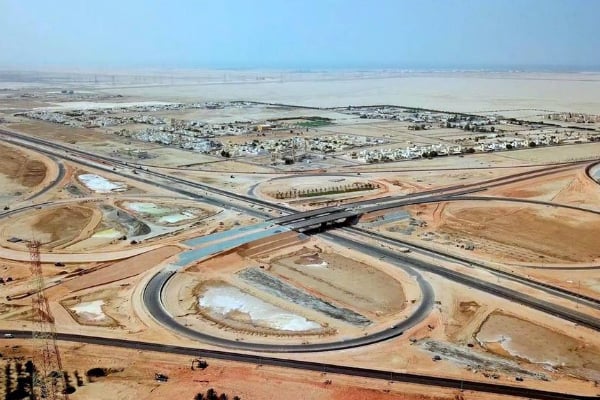 Abu Dhabi Police on Tuesday announced a change to the speed limit on a new road linking the UAE capital to the Saudi border.

The Dhs5.3bn ($1.44bn) Sheikh Khalifa bin Zayed Road is considered a key connection point between the UAE and its neighbour and will facilitate commercial transport movement.

It increases the number of lanes from two to three for 64km between Barakah and Ghuwaifat and has also introduced four lanes for 182km between Mafraq and Baynounah Forests.

Abu Dhabi Police said the speed limit on the road would be changed to 160kph from the Mafraq bridge to Al Ghwaifat, with radars on the road set at 161kph from January 24.

The police force has increased the number of fixed and mobile radars on the road and established ambulance and rescue points to ensure the safety of drivers.