Special report: Where To Invest In 2013 – Real Estate - Gulf Business 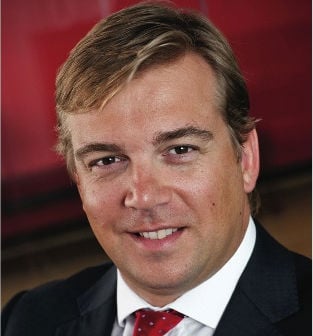 2012 has been a turning point for the Dubai property market. After four extremely difficult years the first green shoots have started to appear across many different sectors.

This view is now echoed by numerous parties, who believe that Dubai’s role in the region as a financial, transport and logistical hub, places it in an excellent position to benefit from growth in neighbouring countries, particularly Saudi Arabia and Qatar.

According to the Dubai Land Department, Dubai property transactions grew 21 per cent to Dhs63 billion in the first half of 2012, compared to Q3 and Q4 2011. Cluttons can also confirm that internal valuation instructions have also increased some 23 per cent since Q4 2011 and 50 per cent of these represent mortgages of new property acquisitions rather than refinance deals.

The Dubai office market has seen a modest level of positivity returning during second and third quarters of 2012. Rents appear to have stabilised, while occupier requirements seem to be slowly increasing. However, vacancy rates across Dubai, have remained high at an average of 40 per cent: Fundamentally, however, a two tier market still exists with the majority of vacant space existing in secondary and tertiary areas, while primary areas still experience higher demand.

Enquiry levels from small or start up businesses have increased throughout 2012, which seem to fall in-line with the strengthening of the local economy.

This anecdotal evidence is backed up by recent figures published by the Dubai Economic Department (DED)suggesting a nine per cent increase in new trade license applications during the month of July 2012. While many of these new enquiries require space of under 2,000 sq ft (185 sq m) they are helping to reduce vacancy levels in some of the more recently built areas such as JLT, Business Bay and Dubai Silicon Oasis. These areas, particularly, have been suffering from a general oversupply of stock.

Cluttons can confirm an improvement in the light industrial and logistics market in Dubai when compared to the same period in 2011. Enquiry levels are significantly up with existing companies wishing to expand or consolidate operations and new companies looking to enter the market. Recent announcements in the press such as consumer goods producer Nestle leasing a 175,000 sq m (1,883,700 sq ft) land plot at Dubai World Central has suggested confidence returning to the sector in the free zone and non free zone environments.

2012 has also heralded an increase in investment activity, serving to support the theory that Dubai’s economic conditions are improving considerably and the risk levels associated with real estate within the emirate are diminishing.