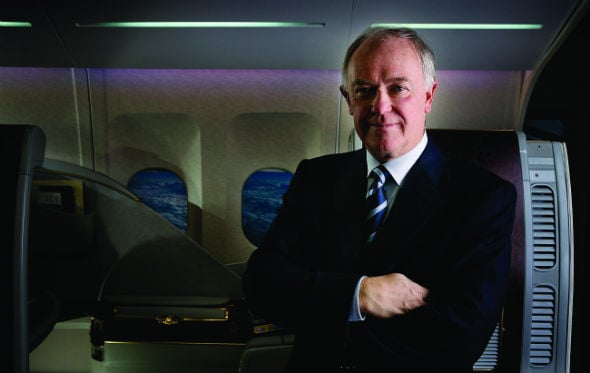 Emirates Airlines is arguably Dubai’s best success story. The carrier flew its first routes out of Dubai on October 25, 1985 with just two aircraft – a leased Boeing 737 and an Airbus 300 B4.

Today, the airline – wholly owned by the Dubai government – boasts a fleet of almost 200 aircraft, employs over 47,600 people, and flies to 132 destinations in 72 countries across the world.

The number of passengers carried by the airline also rose by 15 per cent to 39.4 million, while seat factor stayed at 80 per cent, the same as last year’s.

The fast-growing carrier added 34 new aircraft to its fleet and 15 new destinations to its network last year. It is currently the world’s largest operator of both the Airbus A380 and Boeing 777.

Speaking at the recent Arabian Travel Market in Dubai, Sheikh Ahmed bin Saeed Al Maktoum, chairman and CEO of Emirates Group said: “Dubai and Emirates are like brother and sister and have grown together hand in hand over the last 20 years.

“Our job is to complement each other and all the other related industries [like hotels] and the neighbouring countries,” he added.

The impact of the airline on Dubai’s tourism sector has been widely recognised, and is set to get a further boost with the airline’s recent agreement with Australia’s Qantas Airlines.

“We tied up with Qantas for a number of reasons, including the quality of Qantas’ business in Australia – we saw enormous commercial power,” said
Tim Clark, president of Emirates. “Our partnership is based on simple maths where it’s a win-win for both the parties.”

However, the process of getting approval was not easy, he confided.

“We had to work hard to demonstrate that the move would also benefit consumers.”

Industry experts say the impact of the relationship is already being felt in Dubai, with hotels reporting a rise in Australian tourists.

“There was a growth in bookings even before we got approval,” agreed Clark. “But it’s still the early days. The impact will come strongly in the next six months,” he predicted.

Going ahead, the airline doesn’t have any immediate plans for further partnerships, confirmed Clark. But it does have big targets lined up.

With Dubai bidding to host the World Expo 2020, the airline is rapidly ramping up operations and hopes to connect to around 180 destinations worldwide in the next eight years.

“Emirates is completely prepared if Dubai wins the bid, and we will certainly be 50-80 per cent larger in the next seven years,” stated Clark.

In terms of expanding its fleet, the airline is eyeing the new 777X series from Boeing.

Although Emirates doesn’t currently count the Dreamliner 787 as part of its fleet, Clark rubbished concerns regarding the plane, which has been ridden with issues recently.

“Boeing is trying to do its best and because of the paradigm shift in travel, is trying to produce better aircraft. They were really unlucky [with the Dreamliner] but they have stepped up and it is perfectly safe now. “You need to push airplane manufacturers, not penalise them,” he added.

As Dubai embarks upon its ambitious tourism strategy targeting 20 million visitors by 2020, Emirates says it will carry on implementing its successful strategy.

As Thierry Antinori, EVP for Passenger Sales Worldwide at Emirates put it: “Be good, look good and make money – that’s what we do.”