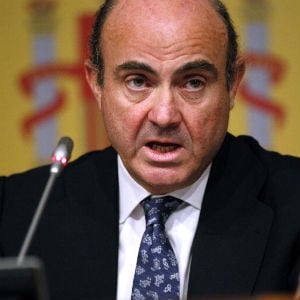 Finance ministers from the Eurozone have agreed to Spain’s request for a 100 billion ($125 billion) loan, according to an announcement on Saturday. After a meeting that lasted for more than two hours, the 17 ministers issued a statement saying they were “willing to respond favourably” to Spain’s appeal.

“The loan amount will cover the estimated capital requirements, along with an additional safety margin, and is projected to add up to 100 billion,” a Eurogroup statement said.

“This announcement is good news for the Spanish economy and for the future of the Eurozone,” Spain’s Economy Minister, Luis de Guindos, said.

Aid will mainly be directed to help recapitalise banks that had the strongest exposure to the 2008 property market crash, he added.

According to Guindos, the deal will not impose any new austerity measures on the Spanish economy.

Spain is the fourth Eurozone country to receive financial aid since the sovereign debt crisis hit the region two years ago.

However, the new deal has won international support and leaders are confident that Spain will honour its commitments to restructure its economy.

Christine Lagarde, the managing director of the International Monetary Fund (IMF) said that the deal provides assurance that the “financing needs of Spain’s banking system will be fully met”.

“I strongly welcome the statement by the Eurogroup, which complements the measures taken by the Spanish authorities in recent weeks to strengthen the banking system,” she said.

“The IMF stands ready, at the invitation of the Eurogroup members, to support the implementation and monitoring of this financial assistance through regular reporting,” she added.