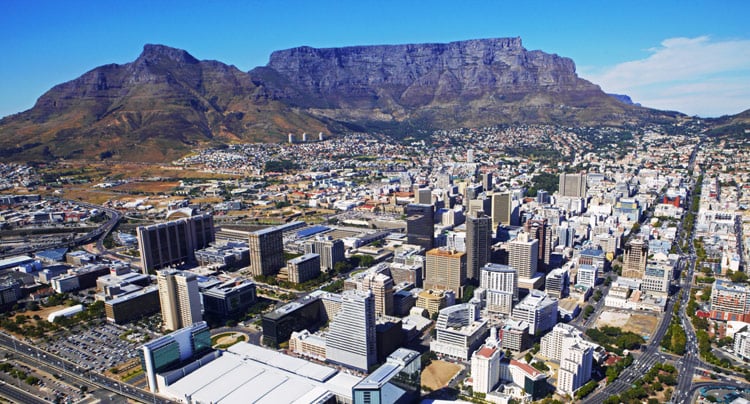 On a balmy morning in mid-March, thousands of locals queued up at Cape Town’s railway station to buy tickets for the Higher Life World Conference. Conducted by Nigerian televangelist, Christian Oyakhilome, the conference aims to “expand people’s understanding of God.” Although tickets are free, the snaking length of the queue – running into thousands – is evidence of the fierce competition and overwhelming interest in the event.

To casual observers, the popularity of such events merely serves to underline the lack of hope in today’s South Africa, two decades after the downfall of apartheid. Even government officials see the glass as either half-full or half-empty, swaying from outright optimism to pessimism about the way forward for the South African economy.

This attitude makes it difficult to imagine that less than two years ago, in December 2010, South Africa was making sufficient progress to be included in the exclusive BRIC (Brazil, Russia, India and China) group, subsequently rechristened BRICS. In fact, in April 2011, South African president Jacob Zuma even attended an official summit of the $14 trillion economic bloc.

With easing near-term political pressure and the treasury’s commitment to further fiscal consolidation, it seemed that South Africa was well on its way to success.

Yet, this was not to be. In March this year, the country’s credit-rating outlook was cut to negative by rating agency, Standard & Poor’s. This downgrade was due to fundamental economic and social problems, such as high unemployment and a high current account deficit, which was made the local economy dependent on external financing. There are concerns that such problems will feed into the run-up to the 2014 national and provincial elections, putting further pressure on the policy framework.

It is a valid fear indeed. South Africa has the highest jobless rate among the 61 nations tracked by Bloomberg. This is despite the fact that in the fourth quarter of 2011, South Africa’s unemployment rate declined to a two- year low of 23.9 per cent. Furthermore, according to the International Monetary Fund (IMF), South Africa will witness GDP growth of an unimpressive 2.7 per cent in 2012, which will rise only slightly to 3.4 per cent in 2013. Inflation will be well over five per cent in both these years.

Organisations like the World Bank and the Organisation for Economic Cooperation and Development (OECD) predict that such low growth will not allow the reversal of unemployment from current dangerous levels.

“Our greatest challenge lies in narrowing the equality gap between the very rich and the very poor,” said Miller Matola, CEO of Brand South Africa, an organisation that markets and promotes South Africa.

Barney Mthombothi, editor of Johannesburg’s Financial Mail, spelt it out: “It’s time we got our priorities right. South Africa is not a rich country. Most of its citizens live in abject poverty.”

South African President, Jacob Zuma, was in Abu Dhabi last November for a state visit that press reports said would see the signing of “multiple trade and economic agreements.” The two-nation trip also took him to Oman and was aimed at identifying greater investment opportunities.

“We are pleased that institutions, such as the Abu Dhabi Investment Authority, are committed to investing in South Africa. During this visit, our ministers have been directed to work out roadmaps for enhancing trade relations between the two nations,” President Zuma was quoted as saying.

As a result, press reports state, South Africa and the UAE signed five bilateral trade agreements, and drafted 10 agreements that are under negotiation on “defence, taxation, industrial development, promotion of investments, legal matters, social development, transport and a joint commission on bilateral issues.”

There are many synergies between South Africa and the Gulf Cooperation Council (GCC) nations. For instance, the World Bank’s Doing Business 2012 ranks South Africa at 35 out of 183 countries, the UAE at 33 and Oman at 49, highlighting these countries’ drive towards trade competitiveness.

“With increasing interdependence, the economic fortunes of South Africa and the UAE are fast becoming mutually reinforcing,” said Matola.

“Several Gulf companies have made large investments in South Africa, particularly in the mining, telecommunications and tourism sectors,” added Matola.

Tourism, in particular, is likely to strengthen, given that 10,000 South African Muslims, mostly from Western Cape, are thought to visit Mecca each year for the Hajj pilgrimage.