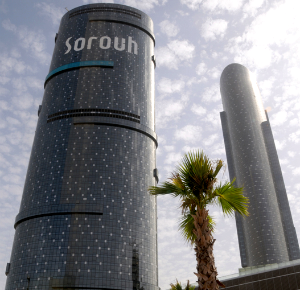 The developer, which is in merger talks with Aldar Properties, said that profit was driven by recurring income streams from national housing projects, investment portfolio and the release of contingencies and provisions.

Revenues from national housing projects increased dramatically to Dhs607million from Dhs68 million in Q3 2011, Sorouh said in a statement.

Handover of 10 units at Sun and Sky and two villas at Golf Gardens brought in Dhs94 million of revenues. Income also increased through the release of Dhs40 million of contingency provisions for Sun and Sky, since the towers are now complete.

The company’s leasing portfolio generated Dhs51 million of revenue, up 19 per cent on last year.

“Sun and Sky is now at 95 per cent occupancy, and Al Murjan at 90 per cent. Interest continues for bulk leases from corporate clients, and we are confident of reaching our goal of half a billion dirhams of recurring revenues by the end of 2014,” the statement said.

“Our financial position is robust, with cash collections of approximately Dhs1.6 billion up until the end of the third quarter, Dhs774 million of cash on the balance sheet and low gearing of 38 per cent,” it added.

Abubaker Seddiq Al Khouri, managing director, Sorouh, said: “During the next quarter, we expect to make further progress on National Housing developments and move closer to the completion of the Gate Towers, which we will begin to handover early in 2013.”

Regarding the merger with Aldar Properties, Sorouh said that discussions are progressing and are at an “advanced stage.”

“A decision will be taken by the company’s board of directors as to whether or not to recommend the merger to the company’s shareholders in due course. The company will, in accordance with applicable disclosure requirements, provide the market with a further update in relation to the merger as and when appropriate,” the statement added.