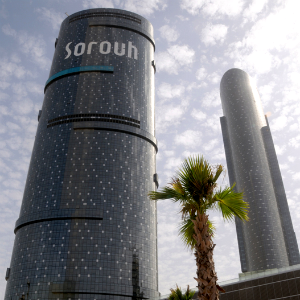 Revenues from national housing projects jumped 247 per cent during the first half of the year compared to the same period a year ago to reach nearly Dhs1.2 billion.

The company also received Dhs82 million from the release of contingencies and provisions no longer required on completed projects.

Strong leasing demand led to an increase in revenues from investment properties in the first half of the year to reach around Dhs100 million, an 18 per cent year-on-year rise.

“The company is well on track to reach its target of Dhs500 million of annualised recurring income by 2014, “ Sorouh said in the statement.

“At the same time, we are continuing to invest across our development portfolio to ensure that we meet the demand for high quality product with a pipeline of some 7,000 units.”

Sorouh, which earlier this year announced plans for a state-backed merger with Abu Dhabi-based Aldar Properties, said that the “due diligence process [for the merger] is well under way and a further update will be made as and when appropriate.”