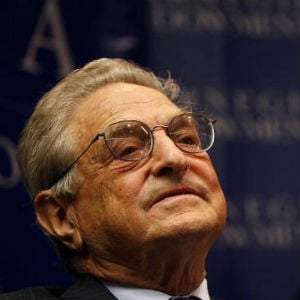 George Soros, the billionaire investor, has warned European leaders that they may only have three months to save the Euro.

“In my judgment, the authorities have a three month window during which they could correct their mistakes and reverse the current trends,” Soros said during a conference in Italy. The remarks were posted on his website.

His comments come as the Eurozone crisis continues to cause a drop in global financial markets and increasing economic uncertainty.

According to Soros, the main complication for the crisis is a misunderstanding of the problem.

“The authorities didn’t understand the nature of the Euro crisis; they thought it is a fiscal problem while it is more of a banking problem and a problem of competitiveness,” he said.

“And they applied the wrong remedy: you cannot reduce the debt burden by shrinking the economy, only by growing your way out of it.

“The recent elections in Greece, which led to an inconclusive result, prove that public opinion is opposed to austerity and this trend is likely to grow until the policy is reversed.

“I expect that the Greek public will be sufficiently frightened by the prospect of expulsion from the European Union that it will give a narrow majority of seats to a coalition that is ready to abide by the current agreement.

“But no government can meet the conditions so that the Greek crisis is liable to come to a climax in the fall.

“By that time the German economy will also be weakening so that Chancellor Merkel will find it even more difficult than today to persuade the German public to accept any additional European responsibilities. That is what creates a three months’ window,” he added.