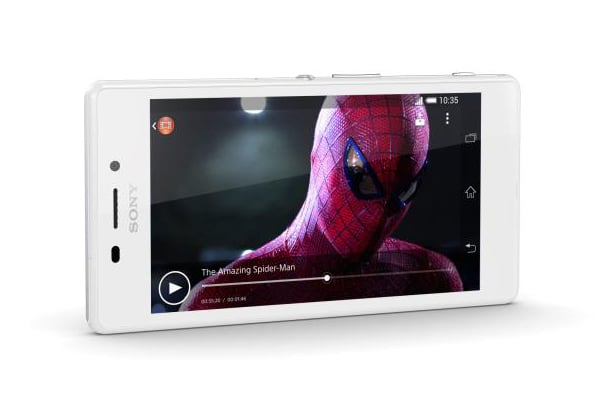 Sony has announced the launch of what it dubs ‘world’s most waterproof phone’, the Xperia M2 Aqua, a variant of the mid-range Xperia M2.

The phone, priced at Dhs1,299, is expected to be released in the UAE by mid-September and will be available in three colours: black, white and copper.

Aside from its waterproof and dustproof technology, the smartphone’s other technical features haven’t changed much from the original Xperia M2.

It still features the same 8MP camera with a 4.8 inch display and runs the same Qualcomm Snapdragon 400 processor with quad-core 1.2 GHz CPUs.

The smartphone’s camera will support live streaming to Facebook and downloadable in-app features like Vine and Motiongraph. Sony has also added a feature it refers to as Timeshift that starts snapping even before you press the camera button, taking 31 pictures in two seconds for moving subjects.

The smartphone will also be capable of taking pictures underwater thanks to its dedicated camera button and waterproof technology.

The M2 Aqua is designed to connect to the Sony Smart Band SWR10, creating an automatic diary of your daily activities and entertainment while delivering you with important notifications from your smartphone, according to Sony.

“The popularity of Xperia M2 showed us that there was a huge demand for premium Sony features at an affordable price-point,”says Spyridon Gousetis, director of Marketing Middle East and Africa at Sony Mobile.

“Following consumer feedback, we’ve now taken this a step further by bringing our waterproof expertise to a mid-range smartphone for the first time with Xperia M2 Aqua,” he added.