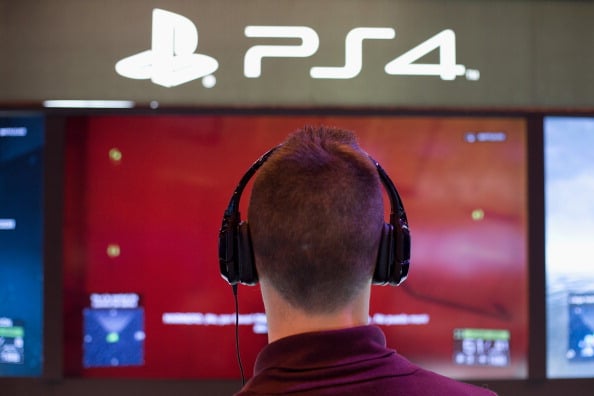 Sony Corp said hackers had taken down its PlayStation Network without compromising its 53 million users’ personal data, while the FBI was investigating a bomb scare on a flight carrying a top Sony executive in the United States.

The hackers behind the PlayStation attack said they had also targeted the servers of World of Warcraft video gamemakers Blizzard Entertainment, whose website was down, and threatened to attack Microsoft Corp’s Xbox Live network which was also experiencing problems.

Sony said on Monday it was still trying to restore access to its gaming network after the attack on Sunday.

“We are trying to get the network back up as fast as we can while finding the source of the problem but I can’t say how long that will take,” Sony Computer Entertainment spokesman Satoshi Nakajima said in Tokyo.

The unidentified hackers said on their @LizardSquad Twitter microblogging account that the attack was meant to pressure the Japanese tech giant to spend more of its profits on security.

“Sony, yet another large company, but they aren’t spending the waves of cash they obtain on their customers’ (PlayStation Network) service. End the greed,” one post said on Sunday.

Sony said no PlayStation users’ personal information had been accessed in the attack, which overwhelmed the system with traffic.

“We don’t comment on the root cause of a specific issue, but as you can see on Xbox.com/status, the core Xbox LIVE services are up and running,” Xbox spokesman David Dennis said.

Lizard Squad also tweeted to American Airlines on Sunday to say they had heard that explosives were on board a flight carrying Sony Online Entertainment President John Smedley. That was a possible reference to another tweet from a game player’s forum telling the airline “I’m gonna send a bomb on your plane be ready for me tomorrow”.

A PlayStation spokeswoman in the United States said the FBI was investigating the diversion of the Dallas/Fort Worth to San Diego flight.

The FBI had no comment on the incident but American Airlines said on its Twitter account that it was “aware of threats” made over the microblogging service and had alerted security.

Sony’s network business has been hit by attacks before, with a security breach in 2011 dealing a major blow to plans at the time for a looser network designed to allow for the connection of a range of Sony devices.

Since then it has invested heavily in the system and is now hoping the network can serve as a centrepiece of its plans to rebuild its business after years of losses in its flagship electronics operations.