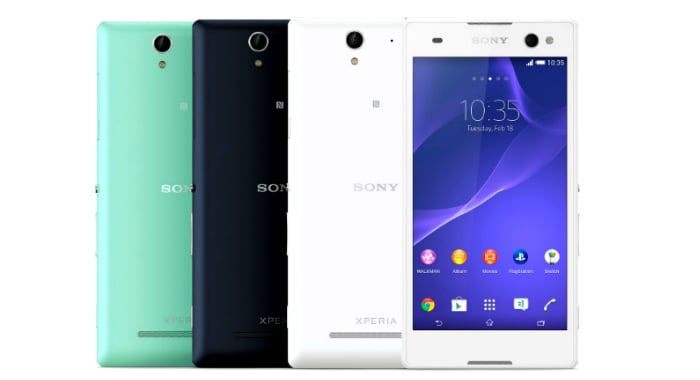 Sony Mobile has announced the launch of a new dual SIM smartphone, the Xperia C3, dubbing it the ‘world’s best selfie smartphone’.

The device features a 5MP wide-angle front camera with a soft LED flash, a ‘Superior Auto’ mode and auto scene recognition – all expected to help capture high-quality selfie photos and videos. It also comes with selfie camera apps such as AR effect, which helps users add graphics and animations and Portrait Retouch, which allows users have a real-time makeover.

“The rise of selfies shows no signs of abating – its usage has increased by 17,000 per cent since 2012 with the word officially being added to the Oxford English Dictionary in 2013,” said Spyridon Gousetis, director of Marketing at Sony Mobile Communications MEA.

The phone will be available in the UAE and Saudi Arabia from the end of August 2014, and will be priced at Dhs1,199 in the Emirates, the company said in a statement.

With an 8MP rear camera, the device also includes features such as SteadyShot, Timeshift-burst – which captures 31 frames in two seconds – and Movie Creator.

Sony has also included ‘Battery STAMINA Mode 3.0’ in the Xperia C3 that automatically turns off the unnecessary functions when not in use to save battery life.

The device launches globally from August 2014 and will be available in black, white and mint colours.