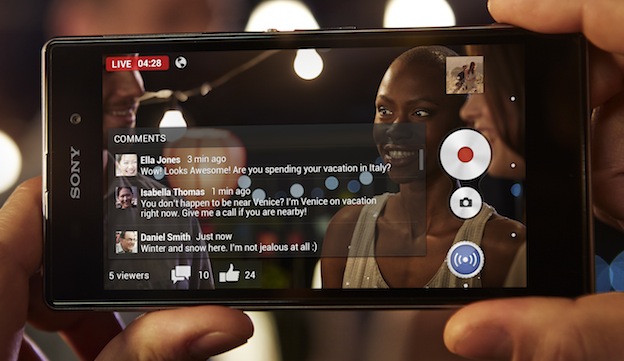 The company is specifically targeting image-loving users with this latest model, which contains a 20.7MP camera and can take up to 61 frames in two seconds. An augmented reality feature, containing seven different animation themes, is another fun device likely to prove popular with families.

A ‘social live’ feature enables photos to be directly uploaded to social media accounts – you can broadcast 10 minutes ‘live’ to Facebook – and an ‘info eye’ device recognises landmarks.

The waterproof features have been enhanced from the original Xperia and the shockproof model, available in black, white and purple, will carry on working should you drop it. It is priced Dhs2,749 in the UAE and will be slightly less in KSA.

The phone, designed in a one-piece aluminium frame, is powered by a 3000 mAh battery.

It marks the start of a busy season for Sony, which will also be launching its ‘smart watch 2’ early October, priced Dhs799.