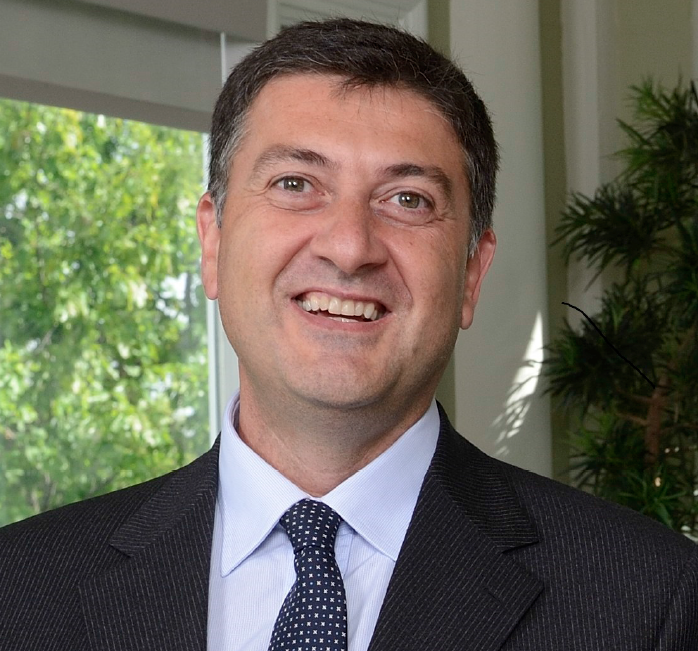 The Consul General at the Consulate of Canada to Dubai and the Northern Emirates, Emmanuel Kamarianakis, talks trade, investment, and why 40,000 Canadians are looking forward to a year of celebrations in the UAE

On paper there’s a lot that separates Canada and the UAE. The stereotypes of the frozen north and the unforgiving desert heat are just the tip of the iceberg – or the sand dune – with statistics painting very different pictures.

The North American country has a population of more than 36 million people, while the UAE’s is just over 9 million. Canada covers an area of close to 10 million square kilometres, whereas the UAE barely stretches over 84,000. The UAE’s coastline of 1,318km pales in comparison to Canada’s 202,080km, and of course both countries’ temperatures are worlds apart, with the sometimes 50°C UAE barely able to comprehend the -40°C recorded in parts of Canada. One could argue that this is unsurprising for two countries that are 10,000km and a 14-hour flight apart.

But don’t let these superficial differences fool you. When it comes to business, leadership, society and philosophy, the two nations are composing their own harmonious song of ice and fire.

Overriding themes of diversity, tolerance, stability and ambition provide both countries with a lot of common ground to build a flourishing bilateral relationship – one that generated an estimated $30bn of foreign direct investment into Canada from the UAE in 2015, and $2bn of merchandise exports the other way.

One of the key meeting points for the two states is the Consulate General of Canada in Dubai, where hundreds of businesses and tens of thousands of individuals find advice, assistance, support, and numerous services.

The consul general of Canada to Dubai and the Northern Emirates is Emmanuel Kamarianakis. With almost 25 years of diplomatic experience, including stints in Iran, Greece, Mexico and Italy, he first visited Dubai in 1995 and was struck even then at the potential of the city.

“When I came back here in 2015 I literally almost fell of my chair,” he admits.

“I was struck by how much things had grown and developed. But you could tell even back then that things were on a very good track.”

It was during the early 1990s that Canada first opened up a consulate in Dubai, becoming a consulate general in 2012, with the Embassy of Canada to the UAE officially opening in Abu Dhabi in 1996. Since those early days, the consulate has served a growing number of Canadian citizens living in the UAE through a variety of means.

“We do two key things here,” says Kamarianakis.“One is of course assist and help our citizens living in Dubai and the UAE. We estimate over 40,000 are living here, so it’s a significant population for us. A key part of the work of the consulate is to provide consular service to them; things like renewing passports, getting documents certified and occasionally helping them when they get into trouble.

“The second key thing that we do – and this is I would say the larger component of our work because it’s a more substantive part of the consulate – is our trade and economic programme, which is effectively helping Canadian companies.”
There are more than 150 Canadian companies with their base of operations in the UAE, and the consul general explains that there are three main ways that the consulate supports businesses. The first is to help Canadian exporters access the UAE market and – using it as a launchpad – the wider GCC, MENA and South Asia markets.

The second support mechanism is to help attract and facilitate investment from the Gulf region into Canada, while the third way says Kamarianakis, is something particularly interesting for the growing
bilateral relationship.

“We help create linkages and relationships in terms of science and technology, research and development, and innovation overall,” he says.

“We’re a G7 economy, we’re industrialised, relatively wealthy on a global scale and we have significant amounts of capacity on innovation across almost all sectors, and this is a natural area for us to collaborate with the UAE on.”

Any collaboration on this front would add to an already healthy relationship, where trade and investments are reaching new heights.

Canadian exports to the UAE have hit close to CAD2bn ($1.6bn) – a record figure – and while Kamarianakis admits 2016’s numbers are expected to be down on the previous year when they are released, he still expects to see record growth in exports.

He adds that the impressive figures are partially a result of the increasing proliferation of Canadian goods throughout the Gulf region, using the UAE as a conduit.

“One of our largest exports into this region is agriculture,” he says.

“It’s mainly Canadian wheat coming into Dubai, a lot of which gets re-exported across the region.”

Investments have also flourished, and represent an area in which there has been “some significant success and growth in the last little while,” according to Kamarianakis.

He highlights the investment in the UAE by a major Canadian property developer, Brookfield Asset Management – which has partnered with the Investment Corporation of Dubai.

“They have a tower going up in the DIFC called ICD Brookfields,” he says.

“I think the value is close to $1bn. It’s a 53-storey mixed-used tower, and it’s a good example of the level of trust on the part of a major Canadian investor in the UAE and Dubai’s economy.”

Conversely, Dubai has also shown trust in Canada’s economy in recent years – notably through DP World’s investments across the country.

“They came in a few years ago and bought a major container terminal in the port of Vancouver, so they operate one of our three container terminals there, which is our largest in the country,” says Kamarianakis. 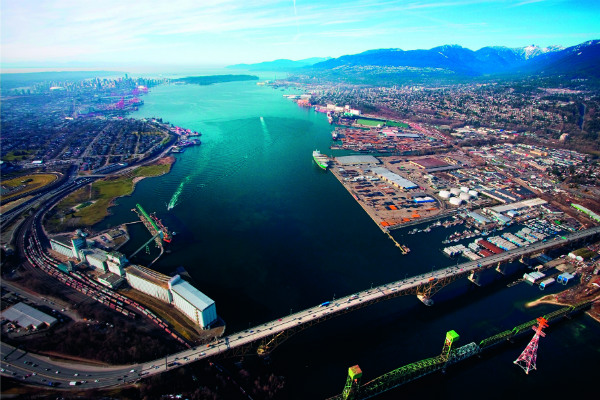 “And they recently bought in 2015 a major container terminal in Prince Rupert, British Colombia – I think the overall value is about $560m or $580m. They’re going to be investing more and they’re going to be expanding the capacity. If my maths is correct they’re going to be making it into the second largest container terminal in Canada, which is significant because Prince Rupert is a strategic location. It cuts down travel time between Asia and North America by two or three days from the major ports in Asia. So it’s a great vote of confidence in our economy.”

The CDPQ – Quebec’s pension fund manager – will hold a 45 per cent share, with DP World holding 55 per cent, and the platform will invest in ports and terminals across the globe.

Kamarianakis believes the latest developments are a “great sign”, especially when counted with the work of other bodies including the export credit agency, Export Development Canada. He also points out that numerous more opportunities are on the horizon.

“There are major infrastructure demands in North America in general and in Canada in particular, and so we are developing various mechanisms to address those infrastructure needs,” he says.

“One of them is the creation of an infrastructure bank, which has been seeded by the federal government to about CAD35bn ($25.6bn) and is going to be leveraging private sector involvement.

“The only people that can really fund projects of that size and can write cheques that big are effectively sovereign wealth funds, large asset managers or pension funds. Some of the sovereign wealth funds in this region are looking at Canada as potential partners to invest going forward on major infrastructure projects in the Canadian economy.

“So that’s a very interesting development that’s relatively new. The bank’s just been formed – I think it’s going to start operations this year – but it’s a big, big play because I think the overall capital is going to be about CAD120bn ($91bn).”

Another major link between Canada and the UAE is their positive reputation on a global level, particularly in terms of diversity and openness.

With Sheikh Mohammed bin Rashid Al Maktoum winning legions of fans as the Vice President and Prime Minister of the UAE and Ruler of Dubai, and Justin Trudeau doing the same as Prime Minister of Canada, both nations would score highly on most people’s rankings of perceived progressiveness.
Kamarianakis agrees that the themes of tolerance and diversity have proved important for both countries.

“We are very supportive of the UAE’s role in driving that tolerance agenda, and I think naming a minister of tolerance is a strong signal globally about where the UAE places its priorities.”

As well as having a strong focus on tolerance, diversity, and economic success during 2017, the year represents a significant milestone for the Canada – its 150th anniversary of Confederation.

The Canada 150 celebrations will extend from its home turf to the four corners of the globe, and the UAE is no exception.

“Canada 150 of course doesn’t happen every day, so it’s an important celebration for us,” says Kamarianakis.

“There are four themes, and we think each of them has a resonance in the UAE for us. Youth, diversity, the environment and aboriginal reconciliation are the four cross-heading themes of Canada 150. And we’re lucky in that we have so many Canadians living here that we’ve a natural audience, a natural group of people that want to partner with us on Canada 150.”

Among the events being organised for the celebration in the UAE are a trio of charity runs with Canadian amputee athlete Terry Fox, food festivals, musical events including Bryan Adams and Justin Bieber, a possible ice hockey tournament, and an event with Al Serkal Avenue promoting culture, including some aboriginal artists from Canada.

Celebrations aside, Canada 150 is also an opportunity to see how far the country has come since the 1867 Constitution Act proclaimed Canadian Confederation on July 1 of that year. With a century and a half of experience behind it, does Kamarianakis think that there’s much the UAE can learn from the country?

“My sense is that the UAE is already on a very good path,” he says. “I mentioned earlier this focus on tolerance and diversity, a focus on economic openness, a focus for providing a platform for human capital to excel. These are all things that resonate with Canada and Canadians and are very much aligned with our own values.

“So I think they’re on an excellent path. We are partners in many ways with them – economically and also politically. We have very good relations with the UAE, an excellent bilateral relationship, so I think that they’re setting an example in this region, and we’re very supportive of that.”