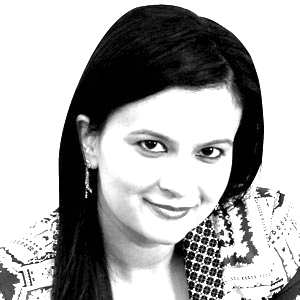 One of the biggest villians, or let’s say anti-heroes, of the world financial crisis were banks. Squarely blamed for causing the subprime mortgage crisis that sent ripple effects around the world, banks were labelled as greedy blood-sucking enterprises vested only in their own bottom-line. As banks shut or were bailed-out, the salaries doled out to their “fat cat” CEOs came under scrutiny, as bosses took home millions at a time when the average Joe was living off social security.

It’s no mean feat then that banks have slowly shed off, or at least softened the blow to their reputation over the last years. Shying away from making international headlines with obscene bonuses or massive lay-offs, they are consolidating their balance sheets, reducing their non-performing assets, and practising conservative risk management.

Even MENA banks – although they had limited exposure to the debt crisis, partly in thanks to low integration with global markets, and by holding foreign assets mostly in the form of deposits – have remained under the radar for the last couple of years.

In part to the cushioning by strong government support and public spending, these banks have maintained their capital adequacy ratio at 18 per cent and Tier 1 capital at 15 per cent,  according to Frost & Sullivan, which ensures that they are well-capitalised. In tandem, most GCC banks saw net profit increase by 15.9 per cent in 2011, shareholder equity by 10.2 per cent, total equity by 14.3 per cent, return on assets by 1.73 per cent, and return on equity by 12.2 per cent. Although ROA and ROE are nowhere as close to the 3.5 and 15 per cent levels respectively in the mid-2000s, they still underpin asset and equity growth in banks.

In fact, financial institutions such as Alinma Bank from Saudi Arabia posted an astonishing 2714 per cent increase in net profits in 2011, while H1 2012 has seen hitherto underdogs such as Bank Al Bilad, Bank Dhofar and Bank Al Jazira post triple digit percentage growth in net profit.

With regional economies looking sound, oil prices climbing higher, investor appetite improving, and the roll-out of low-debt domestic products along with conservative risk practices, the region’s banks are looking stronger, and most experts expect them to keep up this performance going forward.

To hear more about the most profitable banks in the GCC and how banks have performed in the first-half of 2012, tune in to Business Breakfast on Sunday (26 August) at 7:45 am.