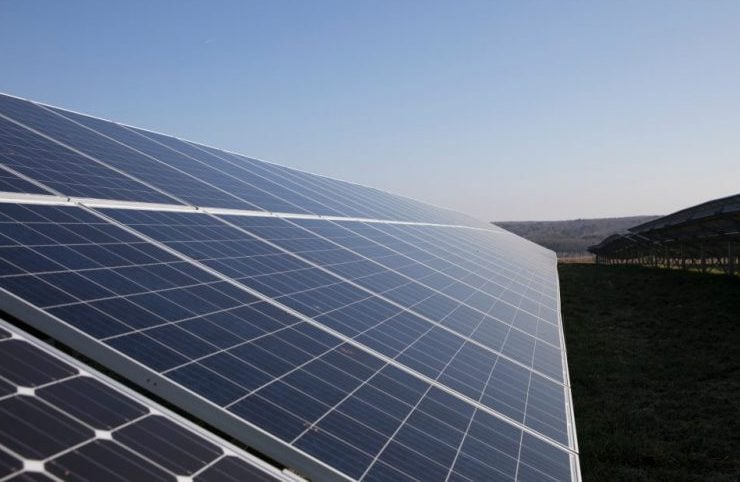 SoftBank Group Corp’s Vision Fund will invest in creating the world’s biggest solar power project in Saudi Arabia, it said on Tuesday, stepping up its involvement in the kingdom and expanding beyond technology.

The project is expected to have the capacity to produce up to 200 gigawatts (GW) by 2030, SoftBank chief executive Masayoshi Son told reporters in New York. That would add to around 400 GW of globally installed solar power capacity and is comparable to the world’s total nuclear power capacity of around 390 GW as of the end of 2016.

By investing in solar power, Saudi Arabia, the world’s biggest oil exporter, can reduce the amount of crude it currently uses to generate power and increase its overseas shipments. The move illustrates the commitment by the de facto Saudi ruler, Crown Prince Mohammed bin Salman, to transform the country’s economic status quo.

The final investment total for the 200GW of generation, including the solar panels, battery storage and a manufacturing facility for panels in Saudi Arabia, will eventually total around $200bn, Son said.

The initial phase of the project, for 7.2GW of solar capacity, will cost $5bn, with $1bn coming from SoftBank’s Vision Fund and the rest from project financing, he said.

Saudi Arabia’s Vision 2030 reform plan, which aims to reduce the country’s economic dependence on oil, was a good match for the fund’s long-term vision for innovation, said Son.

“These two visions have come together to create clean, sustainable, low-cost and productive renewable energy,” he said. “The kingdom has great sunshine, great size of available land, and great engineers…”

Despite being one of the world’s sunniest countries, Saudi Arabia generates most of its electricity from oil-fired power plants.

Saudi’s entire installed power capacity is currently around 60GW. Adding 200GW would create enormous excess capacity that could be exported to neighbours or used by industry, although the kingdom will still require other forms of power generation for night-time back-up.

Industry estimates say around 300,000 to 800,000 barrels per day of crude oil are burnt for Saudi power generation.

Exporting that oil could increase Saudi’s annual oil revenues by between $7bn and $20bn, at the current price for benchmark Brent oil of almost $70 per barrel.

“Saudi Arabia is clearly preparing for a post-fossil fuel dependent economy in terms of domestic energy consumption, and this huge bet on renewables would free up a lot of domestic output of oil for exports, while probably saving domestic gas resources as well,” said Peter Kiernan, lead energy analyst at the Economist Intelligence Unit in Singapore.

“Up until now, progress in building solar capacity in the kingdom has been very slow, but this deal might give it the kick start it needs. But 200 GW by 2030 though, that’s another question,” Kiernan said.

The Vision Fund has funnelled $27.5bn into 20 tech firms as of the end of December, transforming SoftBank from a Japanese telecoms upstart into one of the world’s biggest technology investors.

The company has said it will invest up to $20bn along with Foxconn and Bharti Enterprises in solar projects in India, which has an ambitious target to generate 100GW of power from solar by 2022. SoftBank estimated the electrification drive could create a requirement for over 150 GW of additional power.