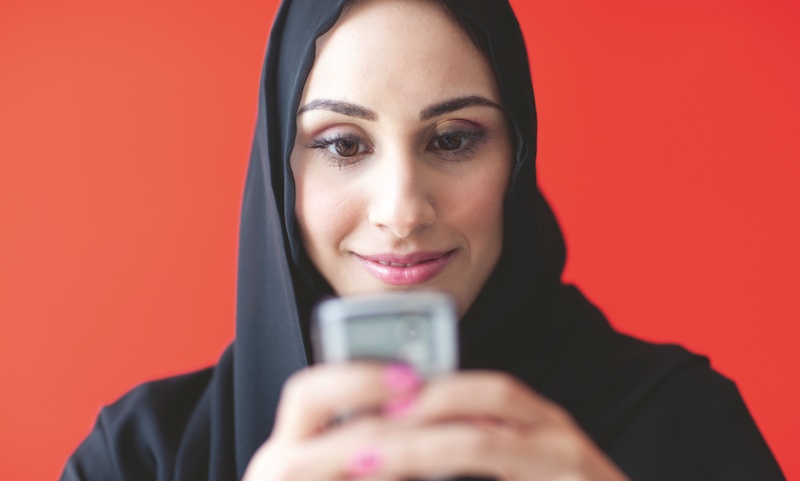 It’s an incredible statistic that we spend an extra 58 million hours on Facebook during Ramadan in the region. That’s 5 per cent more time than usual, according to the social media channel’s own statistics.

But is this matched by an increased effort by the region’s businesses to sell on the channel? I suspect not – and this is a lost opportunity, given that the Middle East embraces social media like nowhere else on earth. So why would this be?

Social media is completely instinctive. That partially explains why there are teenagers out there with Instagram follower numbers that brands would die for. Teenagers are happy to act impulsively, to just get on with communicating in a channel that they inherently understand. Brands, on the other hand, have a tendency to over-think how they engage with social media.

This shouldn’t be the case. Social media can no longer legitimately call itself new – the most familiar channels such as Facebook and Twitter are now over a decade old. In internet years, that’s several generations that they’ve been around for. Indeed, the spur for the creation of the internet itself was effectively to build a social network – to allow connected devices to communicate directly with each other.

So we are not dealing with a new phenomenon here – quite the opposite, in fact, as behavioural patterns are now well established and understandable. What is relatively new, however, is how merchants small and large are using these channels to not just prospect and build audiences, but to directly monetise them – to use social media channels as both a store-front and a point of sale.

Here in the Middle East, we have one of the world’s highest rates of social media usage. Famously, 90 per cent of the UAE’s internet users also have an active Facebook account. Saudi Arabia has the highest YouTube per capita viewing figures of anywhere on Earth, and with a reported 310 million video views per day across the MENA region, only the US sees more activity on the channel.

It’s a similar picture on the newer social media channels – Snapchat, for instance, reportedly has more active users in the UAE than in all but a few of its other geographies.

This matters. It matters because the dynamics that create such a fertile environment for social media adoption are not likely to change – not least in the short-term. And it matters because clearly so many of our consumers are increasingly spending their time on social media channels in preference to traditional websites. If this is where the market is, then this must be where the merchants should be as well.

So what are those dynamics? What creates the Middle East’s gravitational pull for social media channels? The answer is actually relatively straightforward, and it’s down to the triple whammy of demographics, disposable income, and device use.

The Middle East’s population is young. In the UAE alone, a third of the population is under 25 years old – and that youthfulness is reflected right across the region. The GCC’s population is wealthy, and in many of the Gulf States it’s urban in nature. And due to the investments in infrastructure over the past few decades, urban living means good network coverage. But most importantly, we just love our mobiles. In the UAE, for example, smartphone penetration rates are among the highest in the world.

So there’s no doubt that this is where the audience is. And social media channels themselves have gone to great lengths to facilitate e-commerce activity in-channel. It is now straightforward for a brand to not just present themselves properly on the majority of social media channels, but also engage with potential customers all the way through to the point of actual conversion.

This shift is echoed by the expectations of the customers themselves. Mary Meeker’s 2017 report on internet trends has shown that for Pinterest, as an example, although the number of people that view the channel as a great place to browse has increased by a third in the past two years, the number of people that view it as a great place to buy has actually doubled in the same period.

Your customers are not only congregating in one place, they’re also there with the expectation that they’ll be able to purchase in the channel. Social media is a highly democratic environment: an SME has just as much opportunity to reach, engage with and sell to consumers as a global brand does – possibly more so, given that social media users tend to put a high value on authenticity.

SMEs are also able to be nimble – and where their online payment aggregator both supports social commerce and links to their inventory management platform, they have a very powerful ‘online payment plus’ solution for rapidly moving inventory.

This ties in beautifully with the nature of social media channels, where behaviour is more impulsive and users are more inclined to share content that they feel their networks will appreciate. If a merchant can rapidly create an offer that allows him or her to sell off excess inventory at an acceptable price and then post it into social media, the immediacy and value of that offer makes it more attractive to a social media audience. It’s a win-win situation.

And let’s not overlook the visual aspect of social media use; particularly here in the Middle East where channels like Instagram and Snapchat have very characteristic adoption rates and usage patterns.

We already love to communicate with images – and using images to search will become more of a natural process. It’s not a stretch to see that tapping on an image to buy the product it shows within a social media channel is going to become an expected activity.

We know, then, where your audience is. We know that they are interested in buying. And we know that the social media channels they are in are doing what they can to make it as easy as possible for them to find the product they want and purchase it, all without leaving the channel.

So why aren’t more merchants there?

Although the percentage of SMEs in the UAE with an online presence is low compared with more developed markets (18 per cent in 2015), this is changing rapidly. And we believe that social commerce will be one of the major drivers of this change, as merchants realise that a ready-made online environment already exists with an existing ecosystem of online payment aggregators and other e-commerce service providers with experience and products.

We genuinely believe that social commerce will facilitate a wave of rapid – but still sophisticated – moves online by the region’s SMEs. This can only be to the delight of their customers, who are already there and expecting to buy.

Sirish Kumar is the CEO and co-founder of Telr.com