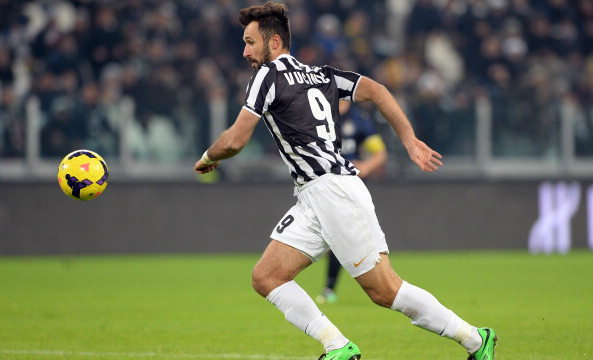 When Mirko Vucinic swapped Italy’s Juventus for Abu Dhabi’s Al Jazira in July, sceptics wondered if it was a bulging pay packet rather than the prospect of slugging it out for the United Arab Emirates’ league title that lured the Montenegrin to the Gulf.

He would not be the first European star to decamp to the oil-moneyed Arab leagues for a career swan song, with the likes of David Trezeguet and Fabio Cannavaro underwhelming in the desert despite their playing pedigree.

Vucinic, however, has shown he means business, plundering 13 goals in eight league games to lift Al Jazira to second in the table, a point behind leaders and city rivals Al Wahda.

Al Jazira’s coach Eric Gerets told Reuters Vucinic was a crucial part of the team both on and off the pitch.

“He’s a very good, very intelligent player — when he makes a run you can be sure it’s a run to score a goal or to give an assist,” Gerets said.

Vucinic, 31, joined from Juventus this summer after 14 years in Italy where he won three league titles with the ‘Old Lady’ and the Coppa Italia twice with Roma.

“He’s a very important player in the dressing room and on the pitch, but I have other important players too. I have people I can count on,” said Gerets, who captained Belgium at the 1982 and 1990 World Cups.

Gerets has enjoyed a nomadic coaching career since hanging up his boots in 1992, winning championships in Belgium, Holland, Turkey, Saudi Arabia and most recently Qatar before moving to the UAE capital this summer.

Al Jazira are this season’s great entertainers, scoring an average of three goals a game and conceding two, but the former Belgium defender is looking for a bit more solidity at the back from his side.

“I think we are strong enough in midfield and up front, to score goals, to control games, but it’s important you have a defence that has an organisation so that if you score one or maximum two goals you win three points,” said Gerets.

“Now sometimes we need four goals to win, that’s too much.”

Al Jazira’s next game is at home to unbeaten leaders Al Wahda on Nov. 30, with the league taking a month break for the international Gulf Cup of Nations.

“It’s a little bit complicated, but after a couple of years in the Gulf I have to live with it,” said Gerets. “Mentally, it’s always important if you play a team next to you and can beat them.”

Al Jazira won their only league championship in 2010-11 and subsequently hired and fired six managers as they finished a distant fourth, third and third in the following three seasons.

Looking on from the boardroom is president Sheikh Mansour bin Zayed al-Nahyan, owner of English champions Manchester City, whose wealth propelled City to the top of the English game at the expense of more storied neighbours Manchester United.