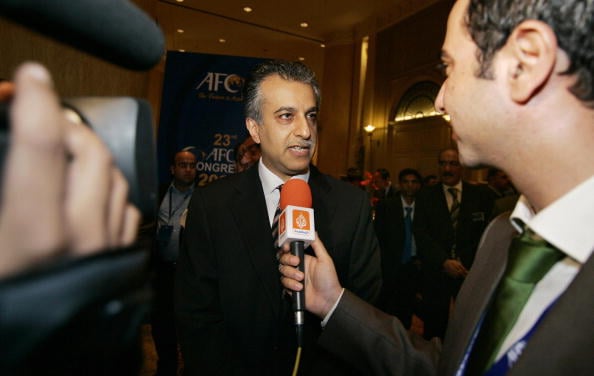 The Asian Football Confederation handed the reins of power to Sheikh Salman Bin Ebrahim Al Khalifa on Thursday, electing the Bahraini as its new president and voting him on to FIFA’s all-powerful executive committee.

The Bahraini replaces disgraced Qatari Mohamed Bin Hammam, who was banned for life by FIFA in 2011 amid allegations of trying to buy votes. The AFC had been in limbo ever since, with China’s Zhang Jilong’s interim leadership beset by numerous matchfixing and graft scandals among member associations.

Dressed in a sharp grey suit and black tie, Sheik Salman told the AFC Congress that the confederation had to reform and become more transparent.

“We need complete reforms, what we need is an AFC where decision makers are accountable,” he added.

Praising the efforts of China’s Zhang, who stepped in to fill the void left by Bin Hammam, Sheikh Salman called on AFC members to take the initiative in reform.

“You need to be part of an open, fair transparent dialogue in the future. Our acting president, Zhang Jilong, has started this dialogue successfully, we can be grateful for a man to take the role at a challenging time.

“Clean up the past and turn the page for the future, restore transparency and integrity.”

A disappointed Al Serkal promised to work with Sheikh Salman for the good of Asian soocer.

“And together you have overcome all these difficulties and now you are in this situation where you are going to have a restart. But I would identify this restart as an intermediary restart because then the right start will be in two years in 2015 … you have two more years to put your house in order.” Blatter added.

The shorter two-year term on offer to the winner of Thursday’s vote was a result of Bin Hammam’s exit. The Qatari was elected unopposed as AFC president for a third four-year term in 2011, leaving two years on that cycle.

Sheikh Salman had narrowly failed to unseat then-AFC President Bin Hammam from FIFA’s ExCo in 2009; losing a vote of AFC members 23-21, with two votes deemed invalid because they were spoilt.

Northern Mariana Islands were not given a vote as an associate member, while Brunei were approved voting rights after winning a motion at the start of the congress despite not taking part in the required two AFC competitions in the last two years. (Additional reporting by Ahmed Assar; Writing by Peter Rutherford in Singapore; Editing by Ossian Shine)

Final Countdown: US To Decide President In Landmark Election

Obama Re-Elected As US President