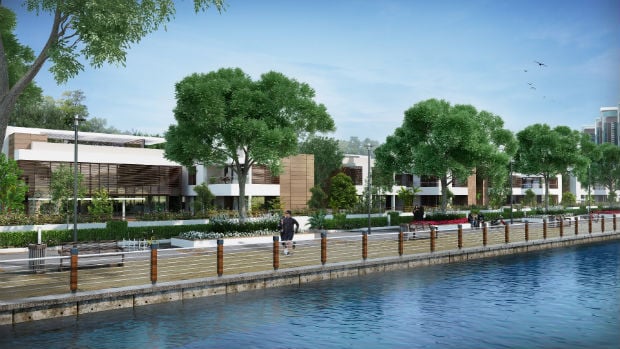 The company had initially said that it will begin handover by later part of 2016.

Work on the $4 billion mega project is scheduled to begin during the second quarter of 2015, he told reporters during a press conference.

The private developer also confirmed that the Hartland International School is on track to be opened by September this year while retail units in the project will be completed by 2017.

Sobha’s Hartland project, which was launched last year, comprises of both villas and apartments along with two international schools, nurseries, three hotels, mosques, a clubhouse, a retail centre and restaurants.

The developer, however, did not reveal any sales figures for its Hartland project or the investor mix the company attracted.

“We have had a very strong response and we are happy with response. It is broadly in line with what we are comfortable with,” said Rajendran.

On being asked if boosting overseas presence was due to falling local sales, he said: “We are not expecting these offices to cater to this specific project, it is for a pipeline of projects that we hope these offices would attract business.”

Aside from Hartland, Sobha is also developing District One, another joint venture project with Meydan.

Dubai’s real estate market has witnessed a marked slow down in growth over the last few months after seeing a price hike of around 50 per cent within the last two years.

As a result, many developers expect sales to flatten in 2015, deviating from an inflated trend seen during the last two years.

“There is no question that the market is much slower than what it was 12 months ago,” said Rajendran.

“But is the slow down sufficient to affect seasoned developers? I don’t think so. We would have been in serious trouble if such high growth continued.”

He admitted that property prices might soften five to 10 per cent this year but said that such a slow down in growth will only help major developers.

“What we saw last year in terms of prices and transactions were not sustainable. We are reaching a new sensible normal- something that we need to be happy about.”