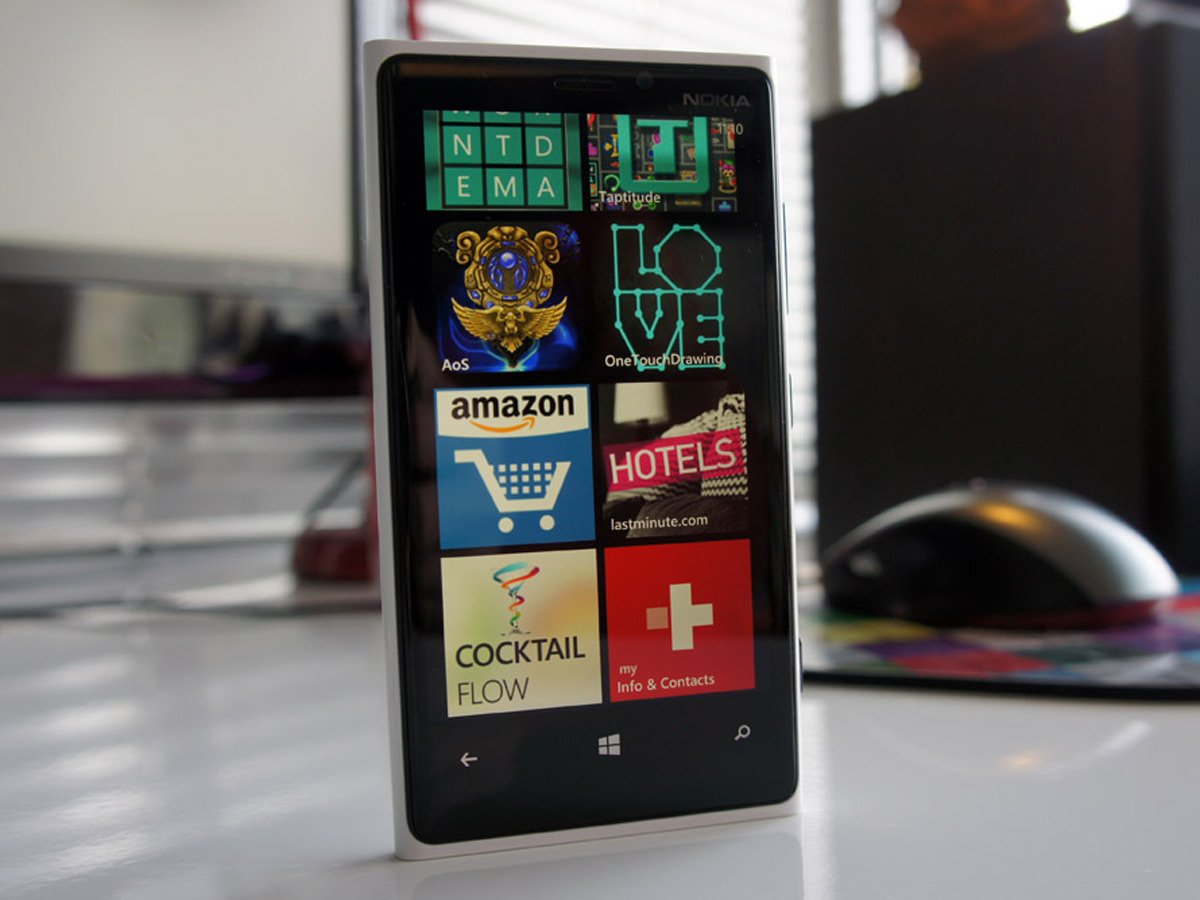 Already displays with pixel per inch scores above 400 are beginning to surface – look no further than the HTC Droid DNA handset for proof – making the the iPhone 5 (326ppi), Galaxy S3 (306ppi), Nokia Lumia 920 and the Sony Xperia S (342ppi) look blurrier than an action photo taken on a 10-year-old camphone. Yes, it’s another pointless spec war waiting to happen, but that won’t stop us trying to win at smartphone Top Trumps.

It won’t be long before the idea of plugging a wire into your smartphone is as anachronistic as getting up to change the TV channel. With both Nokia’s latest Lumia devices and LG’s Google Nexus 4 boasting wireless charging, the technology is now ready for the mainstream. The Palm Pre was, sadly, just ahead of its time.

Although many devices in the wild currently run a single core processor, there are plenty of phones out there that already pack a dual or quad core punch. Enough oomph for most, then, but Samsung allegedly plans to go one better and reveal an octa-core processor next year. No joke, that’s an eight core CPU capable of running all cores simultaneously for any task. And to think we used to gawp at the PS3′s octocore ways…

That cloud thing everyone’s talking about is putting the kibosh on physical storage cards. Dropbox integration and smarter apps mean smartphones have marked the once-mighty microSD card for a cull, a movement that may upset some power users.

Nokia rocked the smartphone imaging boat this year with it’s 41MP PureView 808, followed by Lumia devices with built-in optical image stabilisation. You think everyone is just going to stand around and watch? No, us either. But who’ll be first to market with an optical zoom?

One screen just isn’t enough anymore. Xbox SmartGlass, Miracast, AirPlay – there are plenty of options out there for streaming content on one screen while viewing something else. And that’s just the tip of the iceberg: expect a war of innovation to bombard your local app store in 2013.

An end to battery life blues

The average smartphone drinks battery life quicker than Popeye necks cans of spinach. Yet battery tech evolution has stalled. Yes, we expect to see more smartphone makers loading 2500mAh cells into their hardware in future, but we’re laying more hope at the door of super-efficient software and clever processors that run basic processses on an idle, power-saving core.

Every year seems to be dubbed the year of near-field communication technology, yet the system of wirelessly transferring data and making payments has made slow progress to date. But with Natwest sending out NFC-enabled bank cards and a proliferation of compatible hardware, 2013 may just become the year of getting your phone out to pay a coffee.

Consumers are a picky bunch so aesthetics really do matter. But that hasn’t stopped most phones from arriving in boring black, smudgeable white or dull grey. Windows Phone 8 devices are lighting up the smartphone shelves, though, and Apple may yet editionalise its iPhones in the colour gamut it offers for its iPod family.