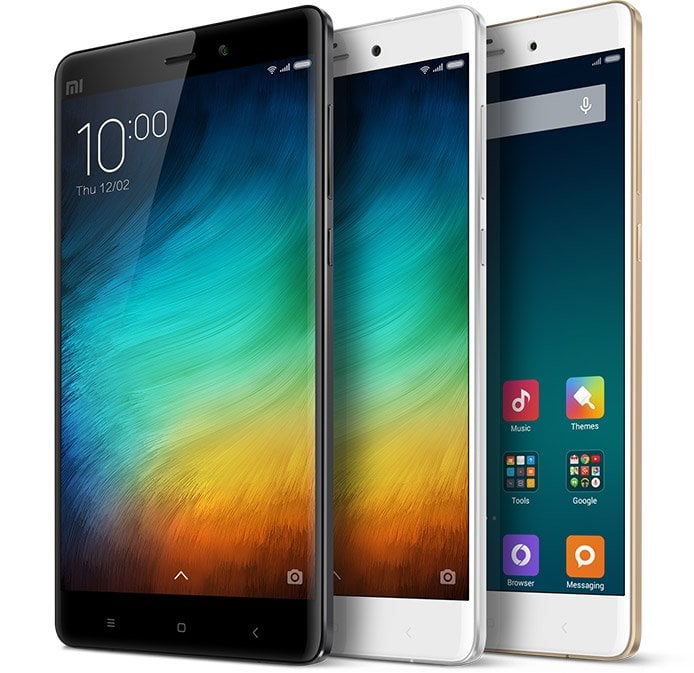 Chinese smartphone manufacturer Xiaomi made its long-awaited Middle East debut at the beginning of the year, starting off proceedings with an exclusive partnership with United Arab Emirates telco Etisalat.

However, it would be fair to say the flagship phablet of its four-device regional line-up is a little dated.

Depending on which part of the world you are from, you may have been able to get your hands on a Mi Note nearly 12 months prior to its availability here.

But is this enough to write it off?

One thing the device has going for it is build quality. From the front, it boasts an attractive shimmer. And thanks to an aluminium frame, it feels substantial in the hand. Although perhaps less so than some more recent metal unibody entrants.

At the rear, the device is made of glass, which may put off those with butter fingers. However, it does feel relatively secure in your grasp thanks to the combination of a curved back design and a relatively slim 7mm body.

Turning the device on, the 5.7-inch HD display produces crisp and clear visuals, although Xiaomi’s minimalist user interface does not give you the most impressive introduction. At 1080p and 386 pixels per inch the Mi Note is by no means going to compete with more recent 2k or 4k entrants but it is competent and perfectly capable for watching HD videos, particularly given the sound quality of the bottom speaker.

Aside from its relative simplicity, Xiaomi’s Android-based MIUI also lacks an app drawer, similar to Chinese competitor Huawei. This means the experience is more similar to Apple’s iOS, although it does not take too long to master.

The manufacturer has clearly put some thought into the interface and it has a number of interesting features. Moving or deleting applications, for example, is much easier than stock Android and a swipe to the left or right of the home button switches the phone to one-handed mode. This brings the 5.7-inch display down to a more manageable 3.5, 4 or 4.5 inches and can be genuinely useful on the go if both hands are not available.

The smartphone’s technical specifications are as expected given the amount of time that has passed since it was first revealed. In terms of battery life it is comparable to more recent entrants, lasting about a day with regular use, but performance-wise it lags behind.

This is most clearly evident when playing games. However with 3GB of RAM it should prove speedy enough for basic use even if its processor and other internals leave something to be desired.

Thankfully though, the 13MP rear camera still holds strong. It is fast and produces some generally impressive shots in a variety of light conditions. The 4MP front camera also takes good selfies and comes with an amusing (if often inaccurate) age estimator.

Overall there is plenty to like about the Mi Note with Xiaomi clearly offering something a little different for those that are willing to take the plunge. Even so, it has to be said that the device’s pricing and availability in the region are not its strong points.

At Dhs 1,689, the Mi Note is simply not good value for money considering its age and technical specifications. Should a Dhs 300-500 price cut be on the horizon though it may be worth a look.