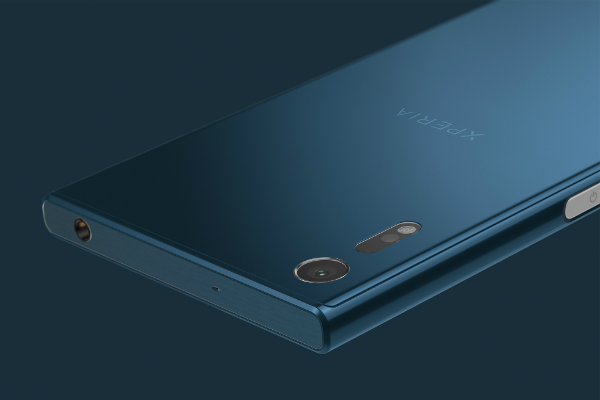 Sony’s recent efforts in the smartphone market have been hard to keep track of. In the last two years it has launched four arguably premium devices including the Xperia X earlier this year, which many believed was its latest flagship.

But if there was any doubt as to the device leading the Xperia line, the eye-catching XZ has put those rumours to bed.

At first glance it is perhaps the best looking Sony-designed phone in recent years, with a unique rectangular metal aesthetic that removes any doubt as to its price point or segment.

The overall feeling is premium yet minimalist with areas of empty space on both the front and rear and practical curved sides that make for a snug fit in the hand.

My only criticism is that the bezels and the top and bottom of the screen seem a little too large, but this is hardly a deal breaker.

Beyond the design, the device boasts a number of unique bells and whistles. The fingerprint scanner is conveniently located on the side power button – perfect for unlocking with your thumb – and there is a dedicated camera button for taking quick snaps or just horizontal shots. However, the lower position of the volume slider, which doubles up as a zoom, can be a little awkward at times.

The XZ also marks Sony’s reintroduction of dust and water resistance, after being one of the first to introduce the feature to its smartphone line in 2012. Although thankfully now technology advances have done away with the need for caps for the ports, a key sticking point for me after losing a previous ‘water-resistant’ Sony device to the waves when one didn’t close properly.

The manufacturer doesn’t recommend deliberately dunking your device at the depths of 1.5m it is meant to handle, but this and the dust proofing are certainly nice to have if you plan on taking your phone to the beach.

In comparison to its external appeal, the device is less impressive when it comes to specifications and hardware.

The full-HD 5.2-inch display is sharp and vibrant and offers good visibility outdoors but is lacking the oomph of its quad-HD peers, which may leave some disappointed.

Similarly the device is equipped with only 3GB of RAM compared to the 4GB that is becoming standard at the top end, but I can’t say there was any noticeable slowdown, even for games or other more intensive activities.

You also won’t be left short on the storage front with 64GB of internal space on the dual SIM version and one of the two SIM slots doubling as space for an SD card.

After switching the device on the day-to-day experience is similar to stock Android with a few of Sony’s own apps replacing basic functions as expected and some preinstalled apps.

Perhaps the most unique of Sony’s own apps is PS4 Remote Play, which enables owners of the console to play games on their XZ by streaming onto the screen over WiFi and connecting a wireless controller. This is certainly handy if you are in regular fights over the TV but strangely does not come installed out of the box and will need to be downloaded.

If you do plan on using this or other intensive apps, Sony has given particular attention to battery life including with fast charging, several stamina modes and software claimed to prevent battery strength from degrading.

To put it in the simplest terms, the smartphone learns what times you usually plug and unplug it, for example before you go to bed and when you wake up, and then charges to 90 per cent until just before you need it. This means it is ready to go by the time your alarm goes off and should maintain battery health in the long run if you plan on holding on to your XZ for more than a year. However, the battery life itself is nothing to shout about and will generally last a bit more than a day with standard use. Another point to note is that the XZ uses a USB Type C cable, meaning your old Android chargers won’t be much use.

Alongside its design, the device’s other key selling point is its 23MP camera, equipped with triple image sensing technology. This enables improved autofocus, white balance and colour capture and is easily accessible via the dedicated camera button.

Images are sharp and detailed and colours are comparable to Samsung and Apple’s offerings in well-lit environments. The XZ also has a clear edge when it comes to capturing moving targets and cool action shots with minimal blur thanks to the speedy laser autofocus. But if motion shots are the rear camera’s strength its weakness is low light conditions where pictures sometimes appear grainy. Still, by fiddling around with the manual mode you can produce some generally impressive results.

On the front, the 13MP shooter is surprisingly beefy and beats all but its Chinese rivals in terms of photo quality, meaning the XZ is certainly recommended for selfie addicts. You can even rest the phone on a wall and begin the countdown for a group or couple shot without even touching it using the included hand gesture recognition technology.

So is there anything missing? Arguably one killer feature. Sony’s marketing material has clearly focussed on the design and the camera, which are the device’s strong points, but at Dhs2,299 the challenge will be convincing buyers to pay more when cheaper rivals offer quad HD displays and better specs in some areas.

Still this is certainly a device that stands out from the crowd in my opinion and that alone may be enough to encourage some to open their wallets.