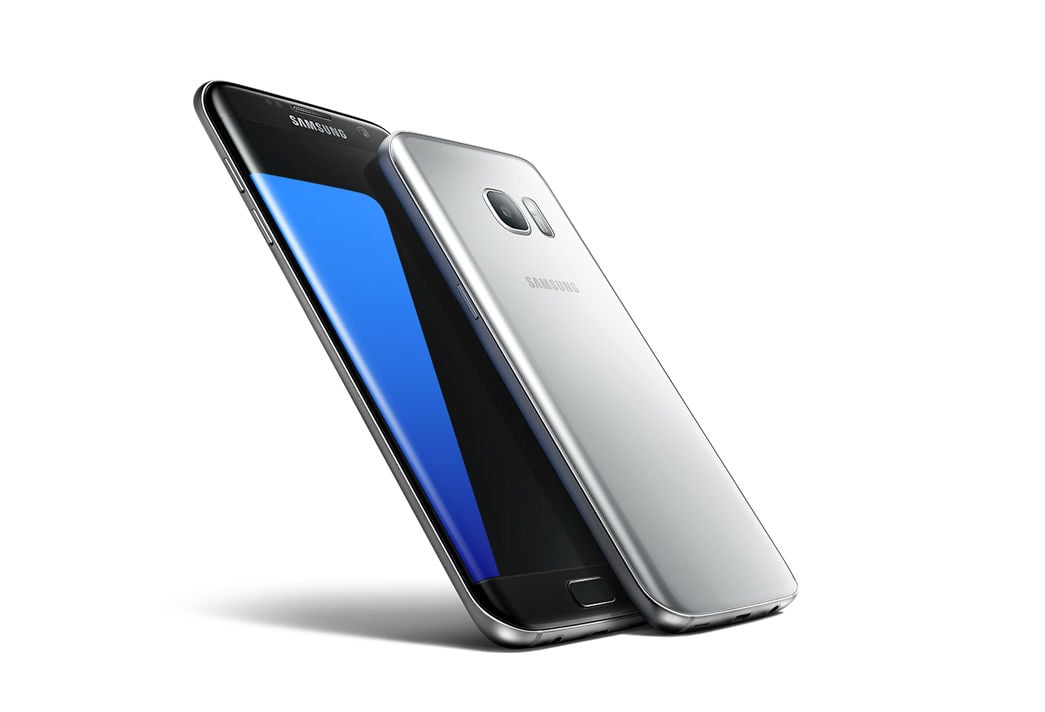 When the Galaxy S7 Edge was first revealed some criticised the lack of design innovation. But in this case I think they can be forgiven.

The device’s curved display has definitely stood the test of time as a differentiator, while the metal unibody screams premium.

There are also some key distinctions from the S6 Edge. Most noticeably, the screen at 5.5 inches is slightly larger but still a little bit smaller than the 5.7 inches of the S6 Edge+. The curved rear also means it feels more wieldy in the hand than its predecessor, which some found difficult to hold.

In terms of the screen real estate itself, expect the same exceptional quad HD visuals as before. At 534 pixels per inch, it feels more than adequate for the premium segment even if it is outmuscled by the 4K Xperia Z5 Premium. Viewing angles and colour tones are excellent and the device performs well in different lighting conditions. Although one minor criticism is that when holding the phone horizontally some videos are warped at the top and bottom by the curved edges.

A new addition this year is the always-on mode, which means basic information like the time; date and battery life is always displayed, even when the screen is turned off. This drains the device’s battery a little bit faster and given it is not the best performer in this department, lasting roughly a day with moderate to heavy use, you may want to switch it off.

In terms of specifications, the device boasts the usual graphical and CPU upgrades including 4GB of RAM rather than the S6’s 3GB. It feels quick and responsive as expected and will give almost any (Android) device a run for its money, according to various benchmarking tests. Slowdown is a rarity when scrolling through multiple apps and even high performance games, if you encounter it at all.

Samsung has also listened to criticism and restored one of the S6 line’s key missing features, the SD card slot. Rather than producing multiple versions with different internal storage sizes, the S7 Edge comes with 32GB storage by default expandable up to 200GB through the card slot. This seems like a wise decision and means you can bring with you a potentially huge amount of content, including films, several TV series and a sizeable music library, for use on the go.

Another welcome change is the more streamlined TouchWiz user interface operating on top of Android 6.0 Marshmallow. Samsung’s own apps are still here but at least it has placed most of them in a subfolder by default on the homepage so they do not get in the way. The company has also teamed up with The Entertainer to offer buy-one-get-one-free restaurant and hotel deals for buyers of the Galaxy S7 line in the Middle East, although it should be noted that this is a more limited version of the official app with less selection.

As before, the device can be unlocked with the front fingerprint scanner, which proved reliable for the most part. Fitness fanatics will also be pleased to hear the rear heart rate monitor makes a return and can even be used to snap selfies. But, as with other Samsung smartphones, the monitor does feel like a bit of a gimmick.

When it comes to interaction, the smartphone’s main point of distinction is of course the curved display, which looks great but in practice it still a little limited when it comes to functionality. Samsung has tried to broaden the experience this time around with some Edge apps, a few shortcuts and tools like a compass and ruler, but it still feels like something that is unlikely see much day-to-day use.

More noticeable though are improvements to the rear camera, which has been downgraded from 16MP to 12MP but you certainly would not think it. The shooter’s autofocus has been improved to the point where it is almost instantaneous, even when moving the device to different angles, and the device’s low-light performance puts many competitors to shame. It also maintains its excellent shooting capabilities in daylight conditions making for one of the best Android cameras on the market.

As an added bonus for those that like to be a little adventurous with their shots, Samsung has brought back another fan favourite IP68 water-resistance. This means you can bring the device with you to take shots at the beach, by the pool and even for some reading in the bath and not have to worry about accidents. Although officially it should not be submerged in depths of over a metre for more than 30 minutes.

So what is the verdict? The S7 Edge is certainly the smartphone to beat for Android manufacturers in the coming months. However, I do wonder if there is quite enough differentiation here for most S6 Edge users to justify what is an expensive upgrade (around Dhs 2,500).