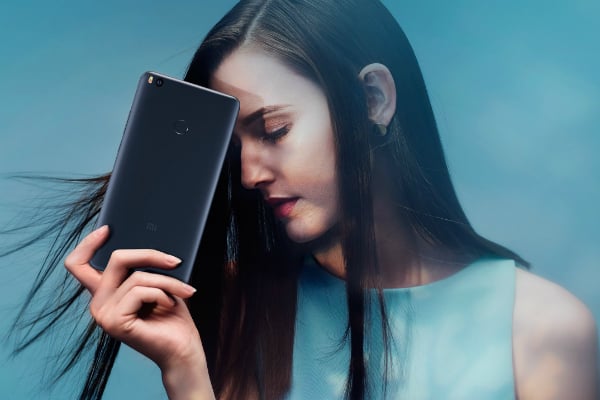 Upon first opening the box of the Mi Max 2 I was left in awe. It had been a few years since I had seen a smartphone quite so large in the flesh and it undoubtedly draws attention.

Expect funny looks a plenty if you whip the large device out in public and it is certainly a conversation starter – although not necessarily for the right reasons.

The design itself is minimalist but attractive with a smooth curved physique and matte back featuring a fingerprint scanner. Inevitably though, most of your attention will be fixed on the front display – stretching a mammoth 6.44 inches even with its large bezels.

This larger design makes carrying the Mix Max 2 around in a pocket cumbersome and in many respects it does seem better suited to a bag and use while seated or stationary rather than on the go.

Indeed, one key reason for buying is likely to be as a more portable replacement for a tablet, where the sacrifice is some screen size for functionality. I say this because where the device does shine is as a media companion, offering bigger visuals than almost any other smartphone on the market even if they are 1080p rather than 2K.

Despite its size, the display is crisp and proves a sturdy companion for watching video content with or without headphones thanks to a duo of loud bottom speakers. The screen also shines when it comes to gaming, with the extra dimensions ultimately offering a less fiddly experience than competitors and it is by no means a slouch in terms of specifications either.

The included 4GB of RAM and octa-core 2.0Ghz processor from Qualcomm prove more than adequate for most tasks and you will notice little slowdown between using the device and a more expensive flagships. In terms of battery life it can even outlast its more expensive peers due to the substantial 5,300mAh cell and a second day of use is very achievable if you’re not watching hours of video. The internal storage capacity of 32GB to 128GB is also expandable using the dual SIM/SD card slot, meaning there is plenty of room for clips, films and series.

Outside of digesting media, the Mi Max serves as a good productivity device provided you have two hands available. Xiaomi’s user interface is slick and easy to use and the extra display space comes in handy when reading news, scrolling through emails and looking at pictures and documents. In contrast, for making calls or texting the device’s large size is often a hindrance and it may prove too unwieldy for small hands in some instances, even with the included one-handed mode that shrinks the display area.

On the camera side of things the device by no means pushes out the boat and it is a bit unwieldy for taking pictures with one hand but you can expect good if not great shots from the 12MP rear shooter.

The front 5MP camera is also surprisingly clear and comes with some interesting software including an age recognition sensor, which is amusing if often inaccurate.

So is bigger better? While it is difficult to see most people replacing their current device for a smartphone of this size it certainly has its advantages when it comes to content consumption. This and the attractive price tag means using the Mi Max 2 as a media panel at home or even a travel companion is a realistic prospect, just don’t expect to carry it around in your back pocket.

The Xiaomi Mi Max 2 is available from around Dhs799