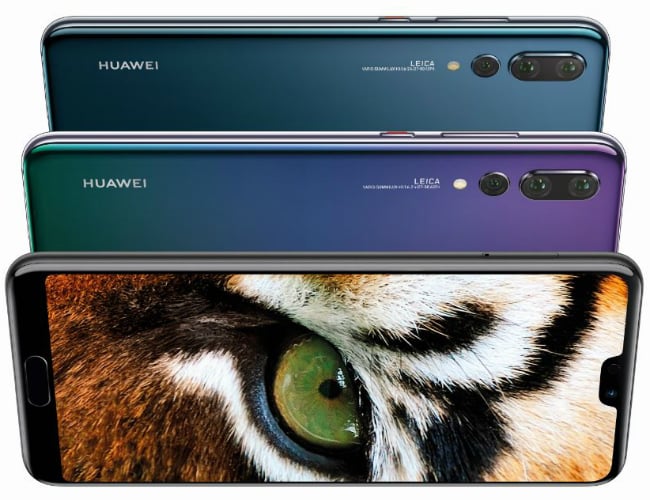 If you have been online at some point over the last few weeks chances are you’ve seen an advert for Huawei’s P20 Pro.

The Chinese manufacturer has gone big on the marketing on its latest device and with good reason.

It claims to be redefining the smartphone experience by offering photography unlike any seen before.

And after a week of testing I can certainly say the device is worthy of much of the praise it has received, although admittedly with a price tag to match.

At Dhs2,999 ($816) in the UAE this is among the most expensive regular Huawei devices to date (not including Porsche Design variants of course) and it is in many ways reflective of the manufacturer’s ambitions as a premium brand.

Based on looks and build quality it is clear there is only one device the company wants to compete with this time around – Apple’s iPhone X – and the similarities between the two are difficult to ignore.

In a bid to improve screen real estate Huawei has included an iPhone-esque notch at the top of the display but it has managed to do so while taking up less space. Perhaps just as importantly for video viewing it can be covered over by a software feature to avoid one of the most common complaints with the X – the notch’s cutting into video clips when the phone is held horizontally.

Another clear distinction is the inclusion of space for a fingerprint scanner at the bottom of the screen, which is perhaps not quite as visually appealing but does come in handy (more on that later).

From the rear the P20 is arguably the more attractive of the two with a metallic shimmer that looks particularly appealing in the blue and twilight variants, even if it is a little smudge prone. Like the X, the P20 Pro also features a camera that extrudes from the rear but the camera tech inside may make us forgive them on this occasion.

So what’s new this time around? First and foremost is the face unlock feature, which undoubtedly takes inspiration from Apple’s Face ID. The technology underneath is less complicated and may even be faster as a result, although some will argue it’s less secure. Regional users should bear in mind this will not usually work if you’re wearing sunglasses but thankfully the fingerprint scanner is extremely responsive and can even be used as a navigation tool.

The 6.1-inch display itself has a few new bells and whistles including adaptive colour temperature and it generally look great thanks to HDR10 support. Some video apps do not fully support the 18.7:9 aspect ratio, meaning quite a bit of unused space when watching clips full screen, but the extra display real estate does come in handy for other tasks and using Android’s split screen mode.

The user interface as expected is Huawei’s EMUI over Android 8.1, which can be modified to include all your app icons on the main menu screens or in a separate app tray. There are some genuinely useful additions, like easy to access settings by flicking down from the top of the display and quick access to some functions from the locked screen, although I was a bit disappointed by the amount of third party games and other bloatware installed by default.

In day-to-day use, the P20 Pro is certainly no slouch thanks to the AI-powered Kirin 970 processor and 6GB of ram. Flicking between even intensive games proved no issue and certainly was as smooth if not smoother than any competing device. Similarly the 128GB of internal storage will be more than enough for most users and the added benefit of dual SIM slots is certainly an advantage for expats with a home number.

For most though, the real selling point of the P20 Pro will be the camera, which features three lenses built in partnership with German optical firm Leica. The combination of 40MP telephoto sensor, 20MP monochrome sensor and 8MP image sensor is amplified by Huawei’s AI engine, which automatically detects what’s in the frame and the light level and changes the settings to match.

The shots it produces are market beating in most situations, including at night and when zoomed in thanks to new shooting modes, and will certainly wow your friends. Equally, the 24MP front camera produces crisp shots and is great for selfies. Although do bear in mind some reviewers have complained the device’s video performance doesn’t quite match its photography credentials despite a new super slow motion mode.

Adding to the impressive camera package is a 4,000mAh battery that should last you two days with intermediate use, a series of power saving modes to ensure you aren’t caught short and a super fast charging feature that means little waiting around for a top-up.

So what’s not to like? Perhaps just the price tag will be the sticking point for potential buyers, although the included screen protector, case and audio jack adapter do soften the blow somewhat. It’s also worth mentioning that if the device is compared to the iPhone X it comes in at up to Dhs1,000 ($272) cheaper than the basic Apple model.

Ultimately, it will come down to whether Gulf consumers are ready to pay a premium for a smartphone that’s not Apple or Samsung, but given Huawei’s increasingly impressive smartphone line-up those days could be coming to an end.