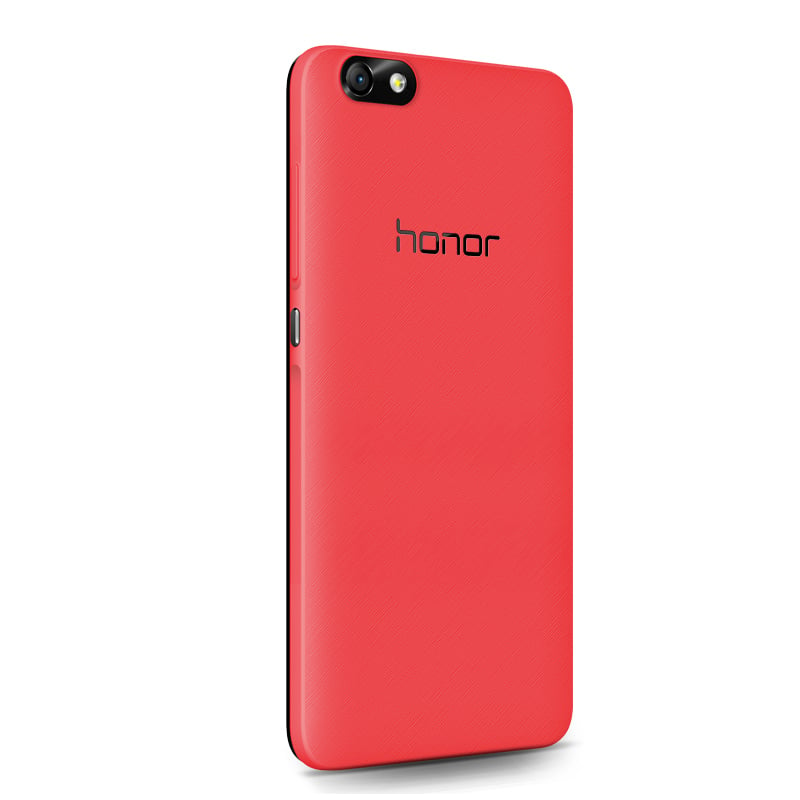 Following the high profile launch of the Honor 6 Plus comes its sister the Honor 4X – a competitive entry to the underserved budget phablet segment.

The device does not quite compete with its kin in the looks department, but it is far from an ugly stepsister. In fact, the black plastic front and textured plastic back looks and feels more substantial than many other devices at this price point.

Internally the smartphone is no slouch either and offers plenty for your money. Huawei’s 64-bit Hisilicon Kirin 620 octa-core processor with 2GB of RAM packs some punch. The dual LTE SIM slots are also convenient and while the 8GB storage is limited it can be expanded via micro SD card. Lifting the back cover accesses both the SIM and SD card slots, although some may be disappointed that the battery is not removable.

When turned on, the phablet’s 1,280 x 720 5.5-inch display does not overwhelm but appears vivid and sharp for both images and text. Unfortunately it is a bit of a fingerprint magnet though, and the lack of Corning or equivalent strengthening means you will not want to drop the device face down.

The 4X utilises Android 4.4 Kitkat with Huawei’s Emotion user interface, which thankfully does not differ from the vanilla experience too much. Although some may find having all their application icons across the home screens – rather than behind a library button – a bit cluttered.

In day-to-day use the 4X is noticeably speedier than most devices in the budget-segment, and can make you forget the low price tag. Only when playing high-intensity games is there some indication this is not a higher-priced entrant.

The loud bottom speaker also means consuming media is enjoyable, while calls are generally clear and audible. Some may find holding the large device to their ear a little unwieldy, however.

If the 4X were a slightly more expensive smartphone the cameras would be nothing exceptional, but given the low-cost the results are impressive. Colours are vibrant on the 13MP rear shooter and auto focus shots are relatively speedy. Unfortunately it does struggle in low light environments though. On the front the 5MP camera is clear and more than capable for the odd selfie.

Finally the battery life, thanks to the lower resolution screen and power efficient processor, is surprisingly long. Even with intensive use the device lasted the full day and less strenuous activity meant 36 or more hours of battery – using the included power saving modes – was a possibility.

Overall, the Honor 4X delivers more than its Dhs 599 price point suggests. The internals, cameras and battery life all make for a very capable budget phablet that puts some competing devices to shame – provided you do not mind the customised UI.