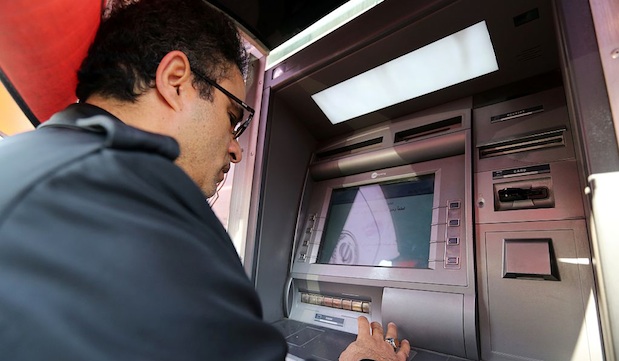 Iran is gradually restoring banking links with the rest of the world by forging ties with smaller foreign institutions, even though large global banks are still holding back because of legal risks, Iranian officials and foreign bankers say.

Since international sanctions over Iran’s nuclear programme were lifted in January, the world’s big banks have continued to stay away because they fear being penalised by remaining US sanctions over issues such as money laundering. This has slowed Iran’s efforts to rebuild its foreign trade and lure investment.

But in the last few weeks, the officials and bankers say, Tehran has begun making a dent in its financial isolation by forging banking channels via small institutions, many of which do little or no business in the United States and so feel less legally exposed when they engage with Iran.

Also read: Iran files complaint with ICJ to recover $2bn frozen in US

Two foreign commercial bankers in the Gulf, who declined to be named because of commercial sensitivities, said that number was roughly in line with their understanding of the scope of Iran’s banking links at present.

Under the nuclear sanctions, Iranian companies used methods such as transfers of funds through money changers and barter to conduct trade, which was expensive, time-consuming and sometimes unreliable. Normal banking channels make trade much easier by cutting costs and reducing risk.

The smaller banks cannot provide as much financing as the top global institutions and may offer a narrower range of services. But their activities appear to be supporting a gradual revival of trade between Iran and Europe.

It added that Iran’s main banking relationships had been formed with institutions in Asia and Europe, and to a lesser extent in the Americas and Africa.

U.S. Secretary of State John Kerry said last month that Europe’s top banks had nothing to fear from resuming business with Iran, as long as they checked that their trading partners were not on remaining U.S. sanctions lists.

But Iranian Foreign Minister Mohammad Javad Zarif said on Tuesday that the “psychological remnants” of restrictions on Iran were still deterring business, and that Washington needed to do more to encourage banks to engage with Tehran.

“Despite showing interest in cooperating with Iran and having correspondent relationships, the big banks are postponing normalisation of relations to the future,” the Iranian central bank said in its statement to Reuters.

“They are mainly afraid of the imposition of new sanctions since the initial (American) sanctions still remain. They also have the fear of being fined by the United States.”

“EIH handles the bulk of Europe’s letter of credit business, which gives European exporters an appropriate financial instrument to get their money from Iranian clients,” said a spokesman for EIH, a German company which is majority-owned by Iranian interests.

EIH has also been providing letters of credit of between 180 and 360 days with deferred payment for business with Iran and other banking services between Iran and Europe, the spokesman said.

Mediobanca, which has commercial ties with Iran dating back to 1952 and an office in Tehran, is looking at opportunities in Iran including the privatisation of companies, investment into and out of Iran, and lending and debt capital market activity, a source close to the bank told Reuters.

A source close to Popolare di Sondrio told Reuters that the bank had an Iran team and was operating in the country; the source did not elaborate.

Oman’s Bank Muscat is another institution doing business with Iran, the Iranian central bank said. The Omani lender, which in April received regulatory approval to open a representative office in Iran, did not respond to requests for comment.

Transactions have therefore been done in many other currencies. Deals have been completed in euros, Turkish lira, Japanese yen, Chinese yuan, South Korean won and Russian roubles, the Iranian central bank said.