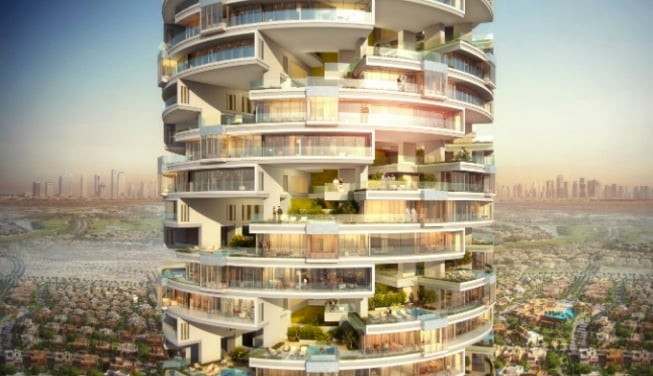 SKAI said it had patented the design and registered it in 186 countries after it was awarded the ‘Tall Buildings’ prize at the 2016 MIPIM Future Projects Awards.

“Following on from the success of this design, SKAI now plans to replicate similar structures in other major cities across the world, the details of which we will be announcing in the not too distant future,” said chief executive Kabir Mulchandani.

In April last year the company announced plans to upscale its Jumeirah Village project and rebrand it under the Viceroy name.

The property will feature over half a million square feet of flora, balcony gardens and 271 swimming pools.