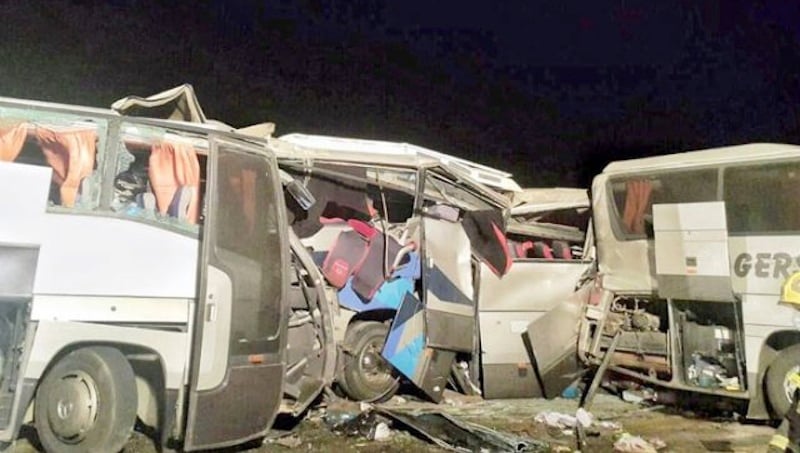 Six people were killed and 81 others were injured in a major accident in Saudi Arabia on Friday.

The accident took place when five buses collided near the Saqryat Qabra bridge on the Madinah-Qassim highway, local media reported.

The buses were returning to the eastern province in Riyadh, and to the UAE, sources told local daily Saudi Gazette. The accident allegedly occurred due to bad weather conditions, which caused poor visibility.

The victims reportedly included Bangladeshis, Indians and people from other nationalities.

Among those hurt, 16 suffered critical injuries while 65 had minor injuries.

A total of 28 emergency rescue teams rushed to the accident site and some of those injured were treated onsite while others were rushed to hospitals in neighbouring areas.

The buses had 200 passengers in total.

Videos posted on social media appeared to show the aftermath of the accident.