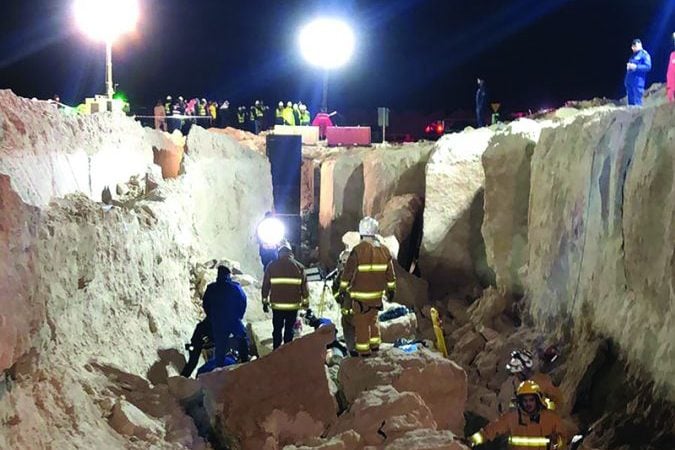 Six workers were killed after they were trapped under sand at a construction site at the Al Mutlaa Housing City project in Kuwait on Wednesday, official news agency KUNA reported.

The Kuwait Fire department has completed the rescue operations at the site, with three other trapped workers now freed, the KUNA report on Thursday said.

According to local media reports, the workers were carrying out the network extension of the sanitary drainage system on the site when the sand wall around the area collapsed and buried them.

Kuwait’s minister of Public Works and Housing Rana Al Fares visited the site on Wednesday and ordered an urgent investigation into the accident.

A committee has been set up to probe the circumstances behind the incident, and assess the level of safety and security provisions at the site.

The Al-Mutlaa project is one of the largest housing projects currently being developed in Kuwait. With roughly 30,000 housing units, the project is anticipated to house about 400,000 residents, as well as schools, mosques, markets and health centres when ready.