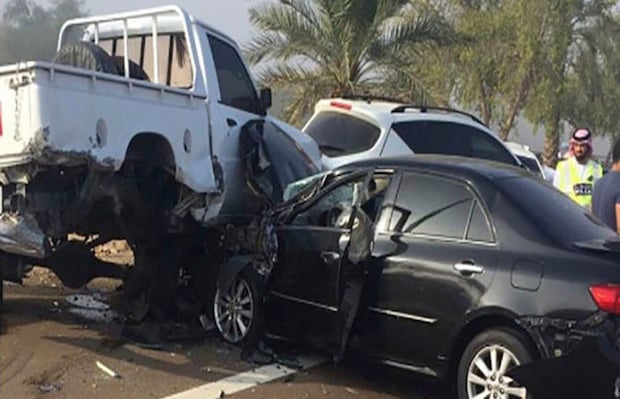 Six people suffered minor injuries in a 25-car pile-up on the Al Ain-Abu Dhabi Road on Monday due to foggy conditions, according to Abu Dhabi Police.

The injured received first aid on the spot and were then taken to Tawam Hospital in Al Ain for further medical care, he added.

According to preliminary investigation, the incident happened due to speeding in low visibility, the police officer said.