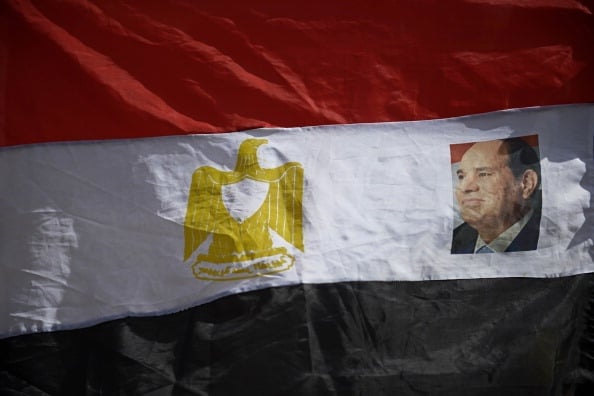 Former army chief Abdel Fattah al-Sisi was sworn in as president of Egypt on Sunday in a ceremony with low-key attendance by Western allies concerned by a crackdown on dissent since he ousted Islamist leader Mohamed Mursi last year.

Security in Cairo was extra tight, with armoured personnel carriers and tanks positioned in strategic locations as Sisi swore to protect Egypt’s republican system, unity, law and the interests of its people before a panel of judges at the Supreme Constitutional Court.

Commentators on state and private media heaped praise on him, turning a blind eye to what human rights groups say are widespread abuses, in the hope that he can deliver stability and rescue the economy.

Many Egyptians share that hope, but they have limited patience, staging street protests that toppled two leaders in the past three years, and the election turnout of just 47 per cent shows Sisi is not as popular as when he toppled Mursi.

Western countries, who hoped the overthrow of Mubarak in 2011 would usher in a new era of democracy, have watched Egypt’s political transition stumble.

Mursi was the country’s first freely elected president, but his year in power was tarnished by accusations that he usurped power, imposed the Brotherhood’s views on Islam and mismanaged the economy, allegations he denied.

After Sisi deposed him and became Egypt’s de facto ruler, security forces mounted one of the toughest crackdown on the Brotherhood in its 86-year history. Hundreds were killed in street protests and thousands of others jailed.

Secular activists were eventually thrown in jail too, even those who supported Mursi’s fall, because they violated a new law that severely restricts protests.

Mursi’s ouster was applauded by Egypt’s Gulf Arab allies, who were alarmed by the rise of the Brotherhood, the international standard-bearer of mainstream Sunni political Islam.

The movement, which won nearly every election in Egypt since Mubarak’s fall, is seen as a threat to Gulf dynasties.

Saudi Arabia, the United Arab Emirates and Kuwait pumped billions of dollars of aid into Egypt after Sisi appeared on television and announced that the Brotherhood was finished.

King Abdullah of Saudi Arabia urged Egyptians this week to back Sisi and said they should disown “the strange chaos” of the Arab uprisings.

Kuwait’s Emir, the King of Bahrain, the Crown Princes of Saudi Arabia and Abu Dhabi are attending Sisi’s inauguration, according to a list provided by the Egyptian presidency.

In contrast, the United States only sent a senior advisor to Secretary of State John Kerry and most European countries only planned to send ambassadors.

Diplomatic manoeverings pale as a problem for Sisi compared with an urgent need to fix state finances and tackle an Islamist insurgency to lure back tourists and investors.

Officials forecast economic growth at just 3.2 per §cent in the fiscal year that begins July 1, well below levels needed to create enough jobs for a rapidly growing population and ease widespread poverty.

Child nursery employee Kamal Mahmoud, 25, is optimistic about Sisi but says he will give him only two years to bring change.

If he doesn’t succeed “he has no right to hold that position and he should join the others sitting in prison”, he said.

Sisi, the chief of military intelligence under Mubarak, has Egypt’s barren landscape on his side.

Government opponents have been crushed and political parties weakened. Only one other candidate contested the presidential election. The military is unlikely to turn against Sisi unless mass street protests erupt.

“Sisi was the best option we had, so even if I still have worries about his stand on freedoms and even if he lets Mubarak’s people come back, he is still the best candidate for now,” said Mohamed Ahmed, a 26-year-old employee in a private firm.

“So I hope he will consider my concerns and act well for the sake of the country.”

Sisi, the sixth Egyptian leader with a military background, is likely to face the same protracted challenge from Islamists as his predecessors.

Although the Brotherhood has been declared a terrorist group and driven underground, it has survived repression in the past and made a strong comeback.

Radical Islamist groups, who have threatened to bomb their way into power, have proven resilient despite army offensives.

Militants based in the Sinai Peninsula have stepped up attacks on police and soldiers since Mursi’s ouster, killing hundreds.

Aside from Sinai-based groups, militants operating along the border with chaotic Libya are now seen by Sisi as a major threat.