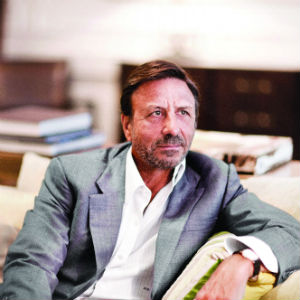 Launching a new five-star hotel in the very week one of the key property developers in your chosen destination decides to scale back one of the city’s main future tourist attractions is pretty unfortunate timing.

But that was the fate which befell British hospitality tycoon Sir Rocco Forte last month when he launched the Rocco Forte Hotel Abu Dhabi. However, Sir Rocco isn’t alone in opening a new property at a time when the UAE capital is seemingly adopting a cautious approach to building up its tourism sector. New hotels such as the Monte Carlo Beach Club, the $250 million Park Hyatt, Jumeirah at Etihad Towers and Starwood’s St.Regis have all either already opened their doors or are about to greet their first visitors.

The Abu Dhabi Real Estate Overview Q3 2011 by real estate services firm Jones Lang Lasalle predicts that around 2,000 new hotel rooms will be added to supply in Abu Dhabi either by the end of this year or early in 2012. At present there are around 12,000 hotel rooms in the city and this is expected to grow by 50 per cent to around 18,000 by late 2013.

The fact the Tourism and Development Investment Company (TDIC), the joint owners of Forte’s new hotel along with the Al Farida Investment Company, has decided to delay large aspects of its Saadiyat Island development is also far from ideal. The TDIC is to push back the opening of the three blue-chip museums earmarked for a project intended as the capital city’s cultural centre. The Louvre Abu Dhabi will open first but that is unlikely to happen before at least 2014.

But Sir Rocco remains unfazed by the competition emerging in the hotel sector.

“The expansion in luxury bedrooms in Abu Dhabi over the next six months is significant and there is no doubt that there will be a supply/demand imbalance in the short-term.

“But inbound tourism is growing at a very rapid rate and occupancies in the current year have been extremely high. It will not take long for a more balanced market to return.”

The Abu Dhabi Tourism Authority has released figures that back up Sir Rocco’s argument. The city has targeted receiving a total of two million visitors in 2011 and by the end of September more than 1.5 million guests had checked in, a 14 per cent increase year-on-year, and this has generated a six per cent rise in revenues to $838 million.

Similarly, Forte’s prediction of an over-supply issue in the immediate future also appears accurate. A recent survey by TRI Hospitality Consulting revealed that while demand is moving in the right direction, average room rates (ARR) most certainly are not. In the 12 months to September, ARRs plunged more than 20 per cent in the UAE capital, even while demand rose by a solid 7.1 per cent in the same period. Jones Lang Lasalle has estimated that so far this year the current ARR across the city is Dhs 570.

Bugra Berberoglu, the GM of Abu Dhabi’s Emirates Palace, stated the hotel was enjoying “steady occupancy and room rates” and he pointed to events such as last month’s F1 Grand Prix and the Volvo Ocean Race as attractions which will help boost levels in forthcoming months and he regards the opening of new hotels as a positive sign.

“We are seeing continued growth in the number of visitors each year, and we are attracting more and more visitors from new markets.

“The opening of new hotels by leading hotel brands is a great indicator of the strength of Abu Dhabi as a destination and will help to boost interest in the city.”

Sascha Bartz, the GM of the Park Rotana and the Park Arjaan by Rotana, which opened at the end of 2009, revealed that while his hotel’s rates had dropped, revenues and occupancy rates were both increasing. But Bartz still foresees issues for some of the city’s hotels due to the delays on Saadiyat Island cooling the continued growth in the number of visitors to Abu Dhabi alongside an on-going increase in the number of new hotels.

“In light of the delay of the Saadiyat Island cultural centre, and the increase in rooms available in town, competition amongst hotels will be fierce. However, the major adverse impact will be for the older hotels since they will have challenges competing with new products coming to the hospitality market.”

The world is on the brink of a possible recession and the potential spillover effects could impact upon several markets. For Bartz, the present financial situation would give him pause for thought if he were contemplating a new hotel in Abu Dhabi. “I would not like to open a new hotel now due to the pressure to perform and the potential downturn of business as it will be very difficult to establish a quality hotel operation in such economic conditions.”

Sir Rocco Forte, with his hotel’s official opening on November 7 aimed squarely at cashing in on the F1 Grand Prix the following weekend, recognises that the global situation presents a further challenge to his new project but understandably he sees plenty of upside potential.

“These are unprecedented times and they required an unprecedented response. Of course we keep a close eye on regional and international developments and travel trends, but we remain committed to the expansion strategy in the Middle East.

“We are pleased to see a healthy economy in Abu Dhabi and to see both leisure and corporate hotel business continuing to grow with 70 per cent occupancy in the city, year to date. We expect this to remain similar in the forthcoming year.”

Forte sees the Middle East and North Africa (MENA) region as offering serious potential for his Rocco Forte Hotels group. Sir Rocco is planning to open hotels in Jeddah, Marrakech, Cairo and Luxor in the next few years.

The new hotel in Abu Dhabi may be Forte’s first venture in the Gulf but well-heeled Arab visitors to Europe are already familiar with what he has to offer. “Although we have not yet completed our growth in Europe, opening properties in the Middle East is a natural progression for us. This is especially the case given that we are seeing so many of our current guests travel from the MENA region and our brand is increasingly well-recognised in the region.”

“Abu Dhabi, as a destination, might be facing the challenge of the luxury/upscale perception, and positioning, which would not help to place it on the general leisure travel market map. The softening of the rates should help to make it more affordable and budget-wise more tourist friendly.”

The issue for high-end hotels such as Forte’s in the medium term, while supply is plentiful, could be whether to open up to a wider market to bolster occupancy rates and revenue or attempt to maintain a level of exclusivity.

But Mahmoud believes Abu Dhabi’s layout, comprising an array of distinctly separate locations, will help hotels and destinations to create their own niche in a competitive market place.

“When it comes to location, the unique configuration of Abu Dhabi makes it rather a collection or constellation of micro destinations rather than a uniform one. The Corniche, Saadiyat Beach and Yas Island, for example, all have unique characters and could soon develop their own followings.”