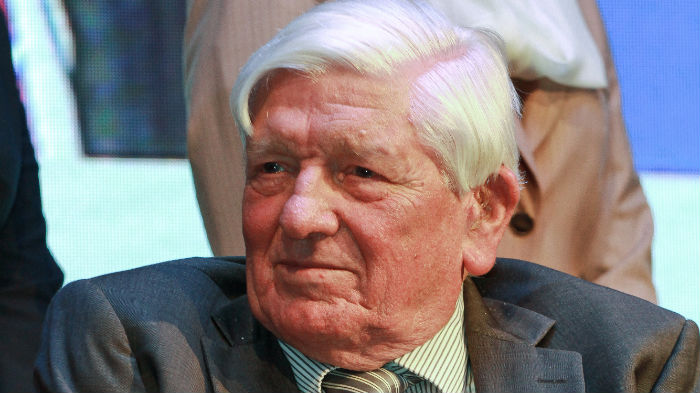 Sir Maurice Flanagan, Executive Vice Chairman of Emirates Airline, retired on Sunday having been with the airline from day one.

Sir Maurice left British Airways to become Director and General Manager of Dnata, the forerunner of Emirates and now its sister company, in 1978, before becoming Managing Director of Emirates in 1985 when the airline began operations.

He was appointed Group Managing Director of the Emirates Group in 1990 and became Vice Chairman and Group President in July 2003 and Executive Vice Chairman in 2006.

He said he was “fortunate” in having served since the start of the airline under Emirates’ charismatic chairman, HH Sheikh Ahmed Bin Saeed Al Maktoum, and was similarly quick to pay tribute to the support he received from his colleagues.

An Emirates spokesperson said: “It would be impossible in a short statement to capture the magnitude of his achievements – suffice to say he has been instrumental in the founding and phenomenal growth of Emirates and dnata. Sir Maurice will be greatly missed and we wish him the very best for his well-deserved retirement.”

To many, he was synonymous with the airline, and in recognition of the key part he played in developing both the carrier and the group, received a stream of awards.

Other accolades included Liveryman of the Guild of Air Pilots and Air Navigators and Freeman of the City of London in November 2008, and the Official Airline Guide (OAG) Lifetime Achievement Award during the OAG Airline of the Year Awards 2005 ceremony.

In one of those curious twists of fate, a career which took to the skies followed an unexpected incident on the ground. Sir Maurice was a promising footballer but an injury scuppered those ambitions and forced a career re-think – one that paid dividends for Emirates and Dubai.