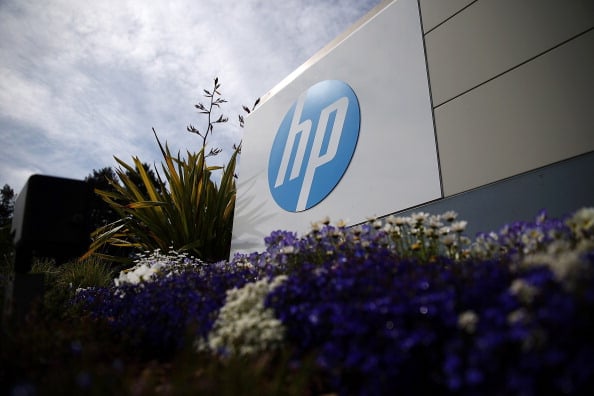 Hewlett-Packard Co said it would split into two listed companies, separating its computer and printer businesses from its faster-growing corporate hardware and services operations.

HP said its shareholders would own a stake in both businesses through a tax-free transaction next year.

Shares of the company, which has struggled to adapt to the new era of mobile and online computing, were up 5.1 per cent at $37 in premarket trading on Monday.

Each of the two businesses contribute about half of HP’s current revenue and profit.

The move will result in a monumental reshaping of one of technology’s most important pioneers, which has more than 300,000 employees and is on track to book $112 billion in revenue the fiscal year ending October.

“Shareholders will now be able to invest in the respective asset groups without the fear of cross-subsidies and inefficiencies that invariably plague large business conglomerates,” Ralph Whitworth, former HP chairman and founder of Relational Investors LLC, said in a statement.

Relational owns a 1.49 per cent stake in HP, which had a market value of about $66 billion as of Friday.

Many investors and analysts had called for a break-up of the company, or a sale of the personal computer business, so that HP could focus on the more profitable operations of providing computer servers, networking and data storage to businesses.

HP is the latest in a line of companies, often under shareholder pressure, to spin off operations in an attempt to become more agile and capitalize on faster-growing businesses.

HP’s printing and personal computing business, to be known as HP Inc, will be led by Dion Weisler, currently an executive in that division. Whitman will be chairman of HP Inc.

Founded by Bill Hewlett and Dave Packard in a Palo Alto, California garage in 1939, HP was one of the companies that shaped Silicon Valley and the PC revolution.

Lately, however, it has struggled to adapt to the shift towards mobile computing, and it has been overshadowed by younger rivals such as Chinese PC maker Lenovo, which is now the world’s No. 1 PC maker by shipments.

HP’s announcement on Monday confirmed a report of the split in the Wall Street Journal on Sunday.

Up to Friday’s close, HP’s stock had risen nearly 26 per cent this year.