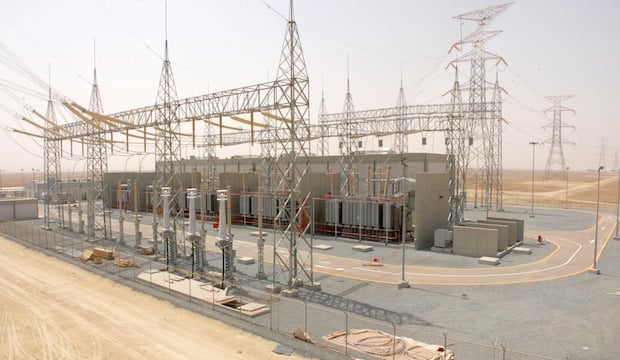 The power network expansion is aimed at helping the country prepare for greater electricity demand when it hosts the 2022 FIFA World Cup.

As part of the deal, Siemens will deliver 35 turnkey super and primary substations for phase 13 of the Qatar power transmission system expansion project, a statement said.

An existing super substation – one that allows multiple voltage settings – in Doha will be upgraded with new 400-kilovolt (kV)/220kV gas-insulated switchgear and associated equipment, before connecting to the grid.

Another substation will be used to meet rising demand for electricity in Al Jahhaniya and the surrounding area, including temporary power feed to Rayyan Stadium, one of the venues for the upcoming football championship.

Substations will also supply power to steel, oil and gas and petrochemical facilities in Mesaieed industrial area, as well as Al Sadd area in Doha.

Overall, the substations will supply power for ongoing infrastructure development projects, schools, hospitals, industries and residential complexes in and around Doha.

Under the deal, Siemens will be responsible for the design, engineering, supply, installation, and commissioning of the substations for the 400-kV, 220-kV, 132-kV, 66-kV, and 11-kV voltage levels, including gas-insulated switchgear, transformers, and control and protection equipment.

The project is scheduled for completion in two years.

“With this new order intake, our completed and under execution projects with Kahramaa total nearly EUR2.5bn,” added Christian.

Siemens also confirmed that it received a second order from Kahramaa to supply and install more than 2,170 medium-voltage switchgear boards, which will ensure a reliable power supply.

The switchgear will be manufactured in Frankfurt, with the first units expected to go into operation by end-2017. The order is valued at roughly EUR27m.

Qatar is expected to increase its power capacity by 50 per cent over the next two years a it seek to meet growing demand.

The government plans to invest $22bn in its power and water infrastructure up to 2020, according to Kahramaa.