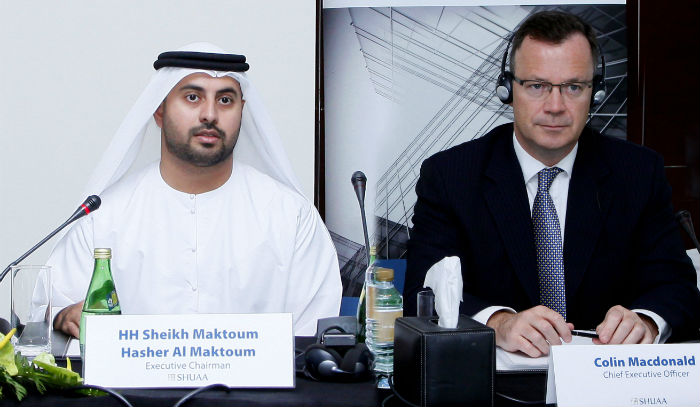 Dubai-based Shuaa Capital announced that its CEO Colin Macdonald will be leaving the group on the expiry of his contract on December 31, 2013.

“The company thanks Colin Macdonald for his contribution during his tenure and wishes him well for the future,” it said in a statement. It did not announce his replacement.

Macdonald was appointed to lead the investment company in April 2012. He replaced Michael Philipp, and was the firm’s fourth CEO in less than three years. He helped the loss-making bank post profits in the second and third quarters of 2013.

In its statement, Shuaa announced it has taken steps to “deepen its senior management team, increase operational efficiency, and foster revenue generation.”

It also appointed Karim Schoeib as CEO of Investment Banking, Amer Khan as senior executive officer of Shuaa Asset Management, Jennifer Adams as director of Operations and Michael Hewitt, previously CEO of Saffar Capital, as head of the Executive Office.

Sheikh Maktoum Hasher Al Maktoum, executive chairman of Shuaa Capital said: “The company is now in the next phase of its strategic development and we are gearing up to capture new revenue opportunities in the GCC. These senior appointments will accelerate revenue growth in 2014 and beyond.”

Shuaa intends to make further senior appointments to deepen its management team in the near future, the statement added.

The firm ported a third-quarter net profit of Dhs3.6 million, compared to a loss of Dhs13.9 million in Q3 2012. Revenue for the quarter rose 57 per cent year-on-year to Dhs54.8 million, boosted by growth in the firm’s investment banking, asset management and lending and brokerage businesses.