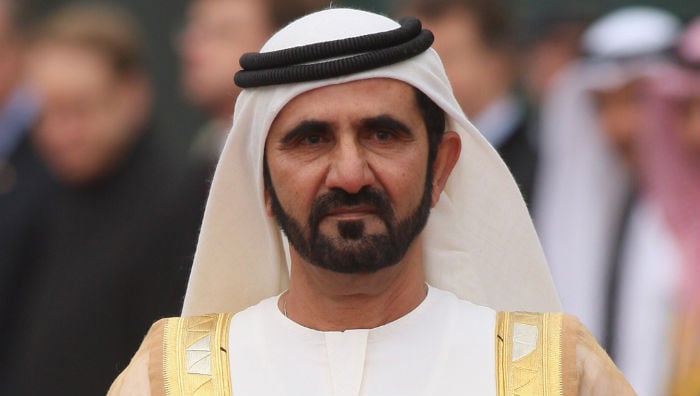 Finding jobs for United Arab Emirates citizens is one of the government’s top priorities, the prime minister told hundreds of state officials on Monday during a forum to discuss his economic policies.

The unusual event underlined the urgency with which leaders in the UAE and other oil-rich Gulf states are trying to boost employment among their citizens, to avert political discontent and prepare for any future downturn in oil prices.

Sheikh Mohammed bin Rashid al-Maktoum, dressed in a golden gown, addressed some 1,700 government employees at the two-hour forum, pacing the stage and sometimes calling on ministers to respond to particular points.

The public could pose questions to the prime minister through a website.

Earlier in the day, Sheikh Mohammed told delegates “we want [the UAE] to be on par with the most developed countries of the world,” as he opened the government summit.

“It’s a priority of the entire leadership. We are pressing ahead with this,” Sheikh Mohammed, who is also Dubai’s ruler, said in answer to a question about employment policy. “We are facing different challenges but this will remain unchanged.”

Sheikh Mohammed said the government was working on a project to employ 120,000 UAE nationals, but did not give details. He also urged private companies to hire more UAE citizens, but did not announce new incentives or requirements for them to do so.

“I call on my colleagues in the private sector that have benefited greatly from this country to extend a helping hand in the process of Emiratisation, even in a tiny percentage, to make a contribution to growth of this country,” he said.

Just over 11 per cent of the UAE’s estimated 8.3 million people are local citizens, and most of the rest are foreign workers. The unemployment rate among locals is officially put at 14 percent.

While the government can easily afford to pay unemployment benefits to its citizens and bear the cost of hiring foreigners while oil prices are high, it knows its finances could be strained in the long term if oil prices come down.

The government faces the same prospect in neighbouring Oman, where the ruler, Sultan Qaboos bin Said, is conducting a month-long tour of the country to discuss economic policies with his people.

Employment has been a major subject in those discussions and last week, the Omani government announced it would limit the number of foreign workers while raising the minimum wage for local employees of the private sector in an effort to attract more Omanis into the workforce.

Oman has experienced sporadic street protests over issues including employment. The UAE has escaped such unrest, though last month the government ordered 94 citizens to be tried on charges of seeking to seize power in the Gulf Arab state.

Asked how he saw prospects for stability of the UAE, the world’s third biggest crude oil exporter, given social challenges in the Arab world, Sheikh Mohammed said: “Empowering people, education and nationalisation. These are the key words.”

Dubai suffered a crippling debt crisis in 2008-2010 but in recent months has announced a series of huge economic development projects, including plans for a tourism and retail development with 100 hotels and the world’s biggest shopping mall.

Asked whether it was risky for Dubai to have such projects in the pipeline given the uncertain global economic environment, Sheikh Mohammed said: “We cannot embark on any business without risks. Do we have to stand still because of the risks?”

He urged the assembled government employees to work more effectively, saying that while the government’s achievements were in line with his expectations, “I want the future government to be welcoming like a hotel, and work 24/7 like an airline.”