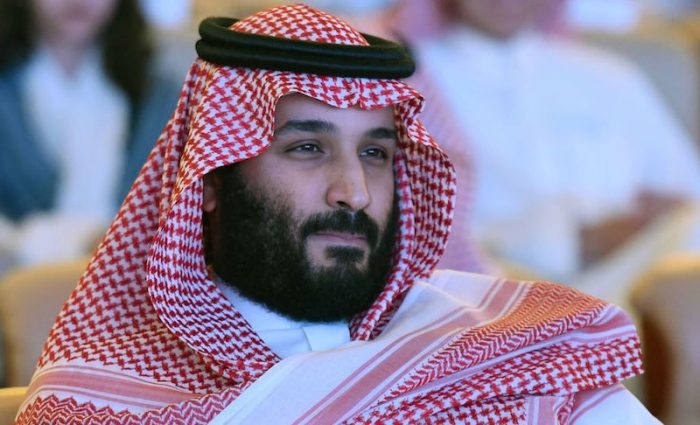 Saudi Arabia’s Crown Prince Mohammed bin Salman has ordered a crackdown on corruption, the latest in a wave of frenetic changes in the kingdom over the past 2-1/2 years. Prince Mohammed says he is determined to remodel his conservative country into a modern state no longer dependent on oil.

As his father, King Salman bin Abdulaziz, has handed the 32-year-old Prince Mohammed more and more power over the past three years, the ambitious young leader has taken on everything from economic reforms to waging war in neighbouring Yemen. Here is what you need to know.

A source close to King Salman said MbN’s dismissal was “in the higher interests of the state” because he was incapacitated by morphine and cocaine addiction, a legacy of an assassination attempt that left shrapnel in his body.

Prince Mohammed tightened his grip on power with the start of the anti-corruption campaign at the weekend, purging the kingdom’s political and business elite. Among those arrested were 11 princes.

Many Saudis welcomed the moves as an assault on the endemic theft of public funds by the powerful. U.S. President Donald Trump said those arrested had been “‘milking’ their country for years” but some Western officials expressed unease about the possible reaction in Riyadh’s opaque tribal and royal politics.

Prince Mohammed launched a military campaign in neighbouring Yemen in March 2015. A Saudi-led coalition, acting on an invitation from the internationally-recognised government, has targeted the Iran-aligned Houthi movement in a war which has killed more than 10,000 people.

The war is closely identified with the prince in his role as defence minister. His image once adorned war propaganda but is rarely associated with the war now, although he has said it must continue in order to quash Iranian influence.

Even before the conflict, Yemen was the poorest country on the Arabian peninsula and now millions of people there are facing famine and a cholera epidemic. The coalition denies it blocks commercial shipments of food, medicine and fuel.

Prince Mohammed has helped lead a diplomatic campaign to isolate Qatar, saying Riyadh’s erstwhile ally backs terrorism and cosies up to Iran. Qatar rejects the accusations and says it is being punished for straying from its neighbours’ backing for authoritarian rulers.

The campaign has divided Gulf Arab countries, who Washington regards as essential to its influence in the region. Qatar had incensed Riyadh by cheering Arab Spring uprisings against some autocratic Arab rulers.

Saudi Arabia’s rivalry with Iran, its competitor for influence in the Middle East, has deepened as King Salman and Prince Mohammed worked to build a Sunni coalition against Tehran and its allies in the Arab world.

In May, as deputy crown prince, Prince Mohammed used unusually provocative language to rule out dialogue with revolutionary Shi’ite Muslim theocracy Iran, which he said was trying to interfere in Arab lands and dominate the Muslim world.

On Tuesday, state media quoted him as describing Iran’s supply of rockets to militias in Yemen as “direct military aggression” that could be an act of war.

Prince Mohammed has also opened a new front in the proxy war with Iran by threatening Tehran’s ally Hezbollah and its home country Lebanon. The resignation on Saturday of the Saudi-allied Lebanese prime minister, Saad al-Hariri, announced from Riyadh, was widely seen as the first act on this new front.

The crown prince has also sought the help of Shi’ite leaders in Iraq to try to reverse Iran’s dominant role there and shore up security on the kingdom’s northern border, and has tried to improve ties with the United States under Trump, who shares his and King Salman’s antipathy to Iran’s government.

The planned sale of about 5 per cent of national oil company Saudi Aramco next year is a centrepiece of Vision 2030, Prince Mohammed’s blueprint to move the economy away from what he called its “addiction to oil” towards the private sector.

The IPO is expected to raise as much as $100bn but investors wonder whether Aramco can be valued anywhere close to the $2 trillion figure announced by the crown prince and there has been market speculation that the IPO could be delayed beyond 2018 or shelved. He recently stated it would happen next year.

Many Saudis have misgivings about the sale, with some fearing Riyadh is selling cheaply at a time of low oil prices.

Vision 2030 has begun to reduce a big state budget deficit with austerity measures but has not yet created major new sources of non-oil growth or jobs.

The phased removal of subsidies on fuel, water and electricity has started but some austerity moves have been unpopular. Already, some have been reversed or delayed as the economy has slowed because of low oil prices.

The plan includes private investment and privatisations and building the world’s largest sovereign wealth fund. The aim is to create jobs and raise the participation of women in the workforce from 22 per cent now to 30 per cent by 2030.

Prince Mohammed’s ascent represents a social and cultural sea change, with power set to be passed to a much younger generation seemingly more in tune with young Saudis. In moves that reinforce that perception, women will be permitted to drive from next year and allowed to attend sports events.

The crown prince has also said the country will move to a more open and tolerant interpretation of Islam, and reforms have begun in areas once the exclusive domain of the clergy such as education, courts and the law. Saudi authorities have promoted elements of national identity that have no religious component or pre-date Islam.

Last month Prince Mohammed announced a $500bn plan to create a business and industrial zone extending across its borders into Jordan and Egypt, part of his efforts to reduce dependence on oil.

The 26,500 square-km zone, known as NEOM, will focus on industries including energy and water, biotechnology, food, advanced manufacturing and entertainment, and will power itself solely with wind power and solar energy.

The crown prince says the government, Public Investment Fund and local and international investors are expected to sink billions into the zone in coming years. The crown prince told Reuters NEOM would be floated on financial markets alongside Aramco.