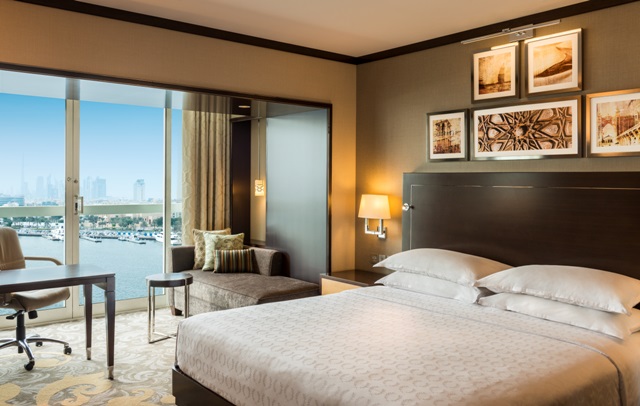 One of Dubai’s oldest luxury hotels, the Sheraton Dubai Creek Hotel & Towers, will reopen on April 9 following a $50 million revamp, it was announced on Sunday.

Renovation began on July 8, 2013, and the hotel will now reopen with 268 fully refurbished and brand new rooms and suites.

The hotel’s refurbished Italian restaurant Vivaldi will now offer a “creative and exciting” menu with views of the Creek and Dubai skyline, a statement said.

Other dining options include the Creekside Japanese Restaurant, Indian restaurant Ashiana and Hatta, an international buffet restaurant overlooking the pool and Creek. The hotel will also continue to operate the very first English pub in Dubai, Chelsea Arms and the Lobby Café, which will offer a selection of cakes and pastries throughout the day.

It will also feature the 500-seat Dubai Ballroom and four breakout rooms located in the Executive Conference Centre.

“The Creek has long been known as the heart and soul of Dubai, and the Sheraton Dubai Creek Hotel & Towers has been a part of this history for over 35 years,” said Stephan Vanden Auweele, general manager, who was appointed in 2013 to lead the renovation.

The Dubai Creek is bidding to be registered as a UNESCO World Heritage site in June 2014, and if approved, the Municipality expects the number of visitors to the area to double to four million, generating extra revenue of Dhs10 billion per year.