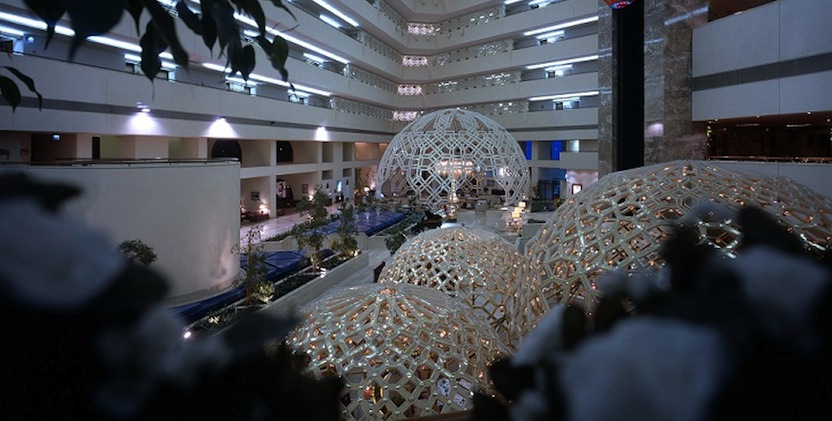 While guests cannot check in until its official re-opening in December, the hotel is opening its all-day dining outlet, Al Hubara, and lobby café, Atrium Lounge, from today. Other venues, which include the South American eatery Latino Steakhouse, Al Shaheen Lebanese restaurant and Irish Harp, will open next month.

The refurbishment has seen all 371 rooms and suites upgraded in the 30-year-old property, along with the 35,000sq ft convention center and other meeting spaces. All public areas and recreation facilities have also been enhanced; the lobby level design sculptures look similar to Le Royal Méridien Abu Dhabi, another long-established and recently upgraded Starwood hotel.

Katara Hospitality has invested in bringing the hotel “back to its former glory while catering to the needs of the modern social traveller”.

The hotel is asking the local community and loyal guests to share their memories and early pictures of the hotel through social media platforms (#sheratondoha and #betterwhenshared hashtags) and the best contributions will be put on display in the hotel lobby, upon its official opening in December.

Travellers should be aware that the front of the hotel is currently busy with construction relating to the Doha Metro.