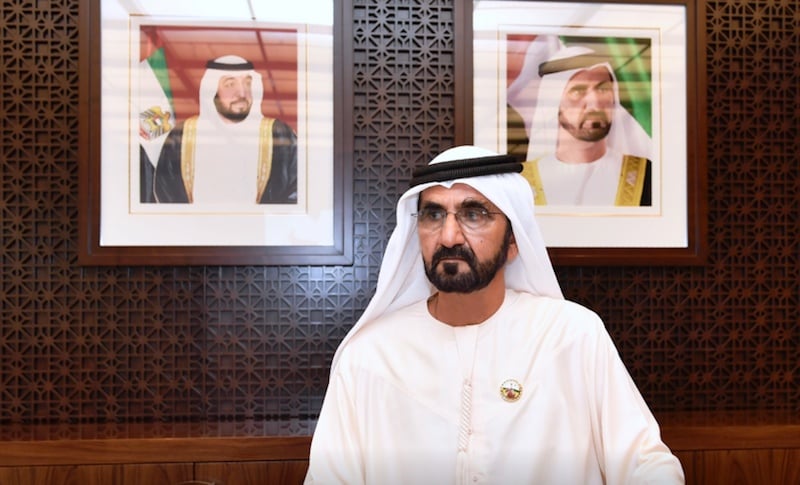 Sheikh Mohammed bin Rashid Al Maktoum, UAE Vice-President and Prime Minister and Ruler of Dubai has urged Qatar to “return to the GCC fold” in a new poem published on his website and his Instagram account.

The Arabic poem, titled Al Dharb Wadeh [The way is clear] calls for unity in the region, stating that Arabs in the GCC have been living as one people from “time immemorial”.

He stressed that the UAE has always stood – and will forever stand – as its neighbours’ champion and called for the neighbourhood relations to grow more stronger.

“Now, it is time to get united and be one heart and protect each other without any grudge or hatred,” he wrote.

He also advised Doha to return to its Arab surroundings stating the pathway was clear, and that the region’s strategy was singular.

“We will keep advising Qatar openly in line with the instructions of Prophet Muhammad (PBUH), when he said in a prophetic Hadith (saying): A wolf eats only an out-of-the-way sheep,” the poem explained.

He added that the staying within the umbrella of the GCC was the “only way to safeguard Qatar from the fangs of wolves”.

The poem comes after the Saudi, UAE and Bahrain cut all ties with Qatar earlier this month, accusing the Gulf state of funding hardline Islamist militant groups in the region and backing Iran.

They have also sent a list of 13 demands to Doha, including shutting down a Turkish military base, closing the Al Jazeera TV channel and curbing ties with Iran.

While Qatar has said the demands are “unreasonable”, the Saudi foreign minister affirmed this week that the demands were non-negotiable.

“We made our point, we took our steps and it’s up to the Qataris to amend their behaviour and once they do things will be worked out but if they don’t they will remain isolated,” Adel al-Jubeir told reporters.

If Qatar doesn’t comply, fresh sanctions could also be imposed, the UAE ambassador to Russia said.

“There are certain economic sanctions that we can take which are being considered right now,” Omar Ghobash said in an interview with The Guardian newspaper.