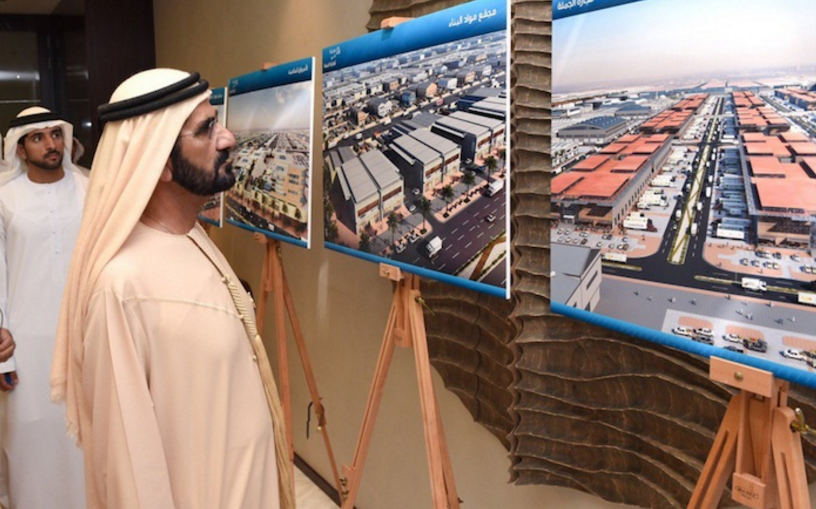 Taking to Twitter, he revealed: “We have launched the largest wholesale cosmopolitan city spread across 550 million square feet of space and [an] investment of Dhs 30bn.”

Sheikh Mohammed said the aim of the new development was to capture a greater proportion of the global wholesale sector, valued at $4.3 trillion, through the UAE’s strategic location and its infrastructure.

“The city will be the capital of international wholesale and will be connected with four continents to include the largest number of wholesalers globally in one place,” he added.

The new hub – to be developed over 10 years – will comprise of specialised integrated trading parks, as well as an international trade exhibition facility.

It is hoped to house more than 15,000 wholesale traders through special ‘country pavilions’ that will include commercial centres and malls offering products from countries including India, Malaysia, Thailand, Turkey, Australia, China, South Korea, Germany, Saudi Arabia, the United States and South America.

Located close to Al Maktoum International Airport and the Jebel Ali port, it will be developed by Dubai Holding.

“The UAE’s strategic location, world-class infrastructure, and strong institutions make it the most qualified place to lead the new wave of growth in wholesale trade, on an international scale,” Sheikh Mohammed said.

“Our aim is to build a sustainable national economy. Dependency on oil was never a choice and we will not bind our future to it,” he added.