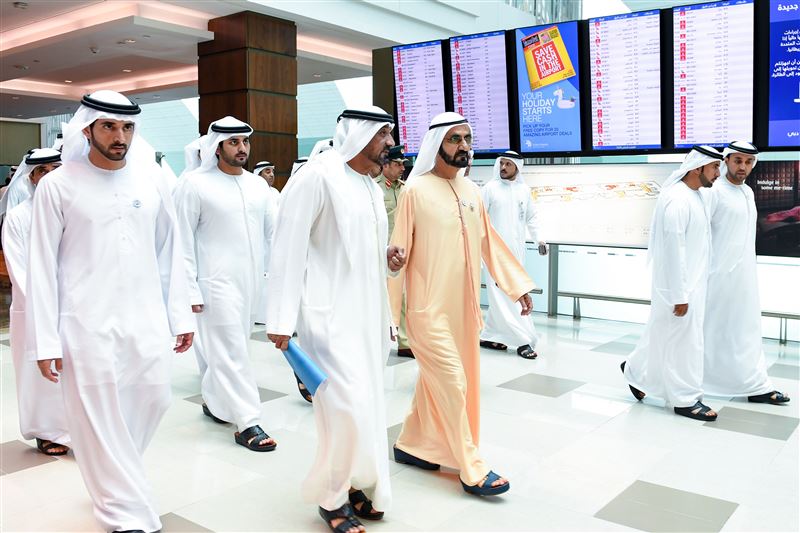 Dubai’s Ruler Sheikh Mohammed bin Rashid Al Maktoum carried out an inspection at the Dubai International Airport on Sunday to review the flow of passenger traffic and examine the passenger facilities.

Sheikh Mohammed, who is also the Vice President and Prime Minister of the UAE, began his tour at the departures hall at Concourse C, where he stopped to review Emirates Airline’s baggage-screening facilities, as well as the check-in and passport counters.

He also visited Concourse B and then took an internal train to Concourse A.

During his tour, Sheikh Mohammed expressed his “happiness and satisfaction” with the “high- quality services” provided by all of the departments at Dubai International Airport, official news agency WAM reported.

He also directed officials to “raise the bar” in “welcoming travellers and simplifying procedures”.

“Our priorities are centred around the human being, his happiness, and preservation of his rights and dignity, regardless of nationality, religion, sect or culture,” Sheikh Mohammed added.

It is forecasting traffic to increase by 2.4 per cent this year to 90.3 million. However, passenger traffic is down 0.1 per cent to 36.9 million for the five months to May.