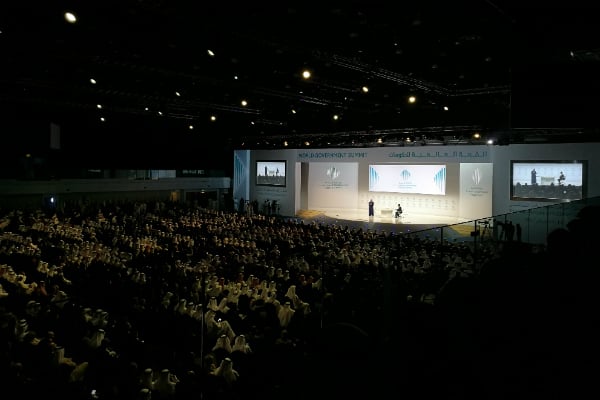 HH Sheikh Mohammed bin Rashid Al Maktoum Vice President and Prime Minister of the UAE and Ruler of Dubai has revealed how officials in the emirate came come to creating a new Dubai in Libya.

Speaking on stage at the World Government Summit, Sheikh Mohammed revealed he received a call from former Libyan President Muammar Gaddafi after the country had renounced its nuclear programme in December 2003.

“Gaddafi called and told me ‘Mohammed I would like to establish a city in Libya that is similar to Dubai’,” Sheikh Mohammed recalled, adding that he could not “say no to an Arab country”.

A specialised delegation was then sent from Dubai to survey a site and visit the capital Tripoli.

The team determined that it would need to include financial markets, markets, shopping malls and universities among other features, the Dubai ruler said.

Sheikh Mohammed went on to describe how when the team went to start work the country’s civil war began, which suggests this was around February 2011.

He said they were then prevented from starting work and some participants in the project wanted to withdraw.

This resulted in the Dubai government asking the team to return.

“If that project was to be achieved it would be an economic city for the African continent and Libya and Libya would have had a way better situation,” Sheikh Mohammed said.

The civil war resulted in the overthrowing of the Gaddafi government by the opposition, with military support from the UK, France and the US.

Libya has since been impacted by repeated infighting between different factions, which hit oil production and allowed terrorist group Daesh to begin operating in the country.