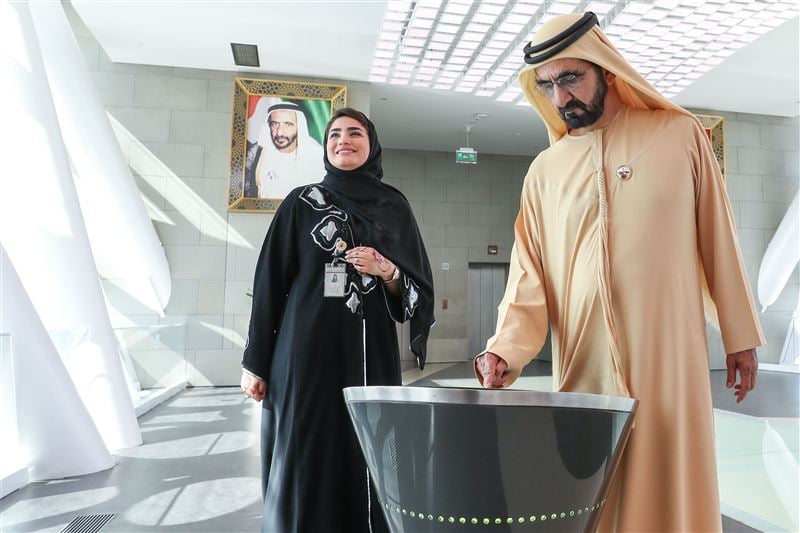 The Vice President and Prime Minister of the UAE and Ruler of Dubai, His Highness Sheikh Mohammed bin Rashid Al Maktoum, has paid a visit to Dubai’s latest cultural landmark, the Dubai Frame. 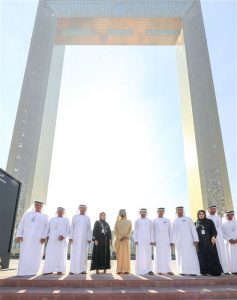 Standing 150 metres high and 93 metres wide, the Dubai Frame is designed to resemble a giant picture frame, through which old and new Dubai landmarks can be seen. In one direction, buildings representing modern Dubai such as Emirates Towers and Burj Khalifa can be seen, while from the other side, visitors can view older parts of the city such as Deira, Umm Harare and Karama.

Sheikh Mohammed bin Rashid toured the ground floor museum of the building, which showcases the UAE’s history, heritage and growth, before ascending one of the two towers, and crossing the 100 square metre bridge, where he viewed both aspects of Dubai on either side of the new attraction. 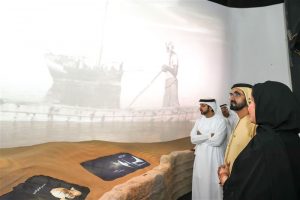 During the tour, Sheikh Mohammed expressed his admiration for the project, according to state media agency WAM, and praised Dubai Municipality’s efforts to bring the project to life, adding that it represents a solid development for the tourism industry in the UAE. He also described the Dubai Frame as an elegant architectural feat, said WAM.