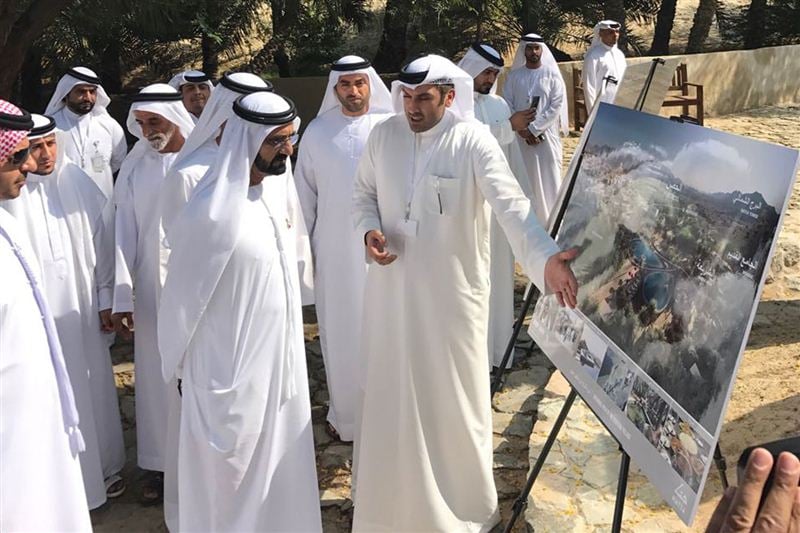 An ambitious Dhs1.3bn ($354m) development plan to turn the mountain city of Hatta into a major tourist destination aims to bring winter sports facilities to the UAE, while generating more than 2,500 jobs in the process.

The 10-year plans were announced by Sheikh Mohammed bin Rashid Al Maktoum, the Prime Minister and Vice President of the UAE and Ruler of Dubai, who revealed that hundreds of homes for Emiratis, green areas for winter sports and a mountain track circuit are among the highlights of the project.

A cultural festival, scholarships for young people and hydroelectric power station are also part of the plans, which will focus on economy and services, tourism and sport, and education and culture.

As well as emphasising the potential for using natural resources and the environment to broaden the economy, Sheikh Mohammed stressed the importance of young people in shaping future developments, encouraging them to start businesses under the supervision of the Sheikh Mohammed bin Rashid Foundation.

He said: “We support them to unleash their positive energy and assist them to identify the opportunities to access the job market through unconventional paths, mainly in entrepreneurship.”

A scholarship programme will also be offered to young people in Hatta to help them develop the community. This will include scholarships in areas such as agriculture and veterinary services. An annual Hatta Cultural Festival will also be established to boost visitor numbers to the area.

The proposed hydroelectric power station will be the first of its kind in the Gulf Cooperation Council, and will use water from the Hajjar Mountains, next to Al Hattawi Dam, according to the Dubai Electricity and Water Authority.

It is expected to produce 250 megawatts of electricity for DEWA’s grid over 60-80 years, as well as creating more than 2,000 jobs as well as 200 permanent administrative and technical positions after it is finished, said Saeed Al Tayer, managing director and CEO of DEWA.

A further 300 jobs will be created for a visitor and tourist centre, accommodation and other facilities.

By the end of 2018 some 400 homes for Emirati nationals will be built in the Hatta area, with plans to install local trees to improve air quality.

Green areas will be developed to promote sports tourism, with camps, sporting venues and an international competition-standard mountain bike circuit among the plans.

Renovation and restoration will also take place, with officials and archaeologists working together to provide accommodation for visitors while preserving Hatta’s heritage and historical sites – some of which date back to the late third millennium BC.

Around 40 economic, social and cultural projects were approved as part of the plan, with the development expected to be completed by the end of 2026.