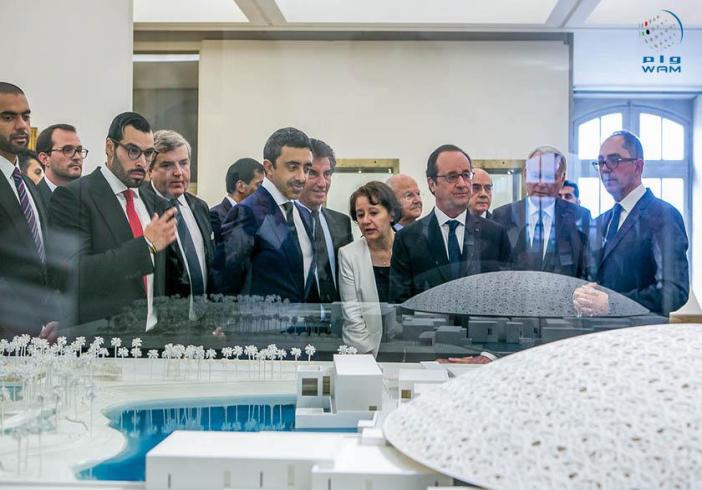 The Sheikh Zayed bin Sultan Al Nahyan Centre, inaugurated on July 5, pays tribute to the late leader, tells the history of the Louvre and will help interpret the collections held at the museum, according to state news agency WAM.

The inauguration ceremony for the centre was attended by UAE Minister of Foreign Affairs and International Cooperation His Highness Sheikh Abdullah bin Zayed Al Nahyan and French President Francois Hollande.

The launch comes as construction continues on the UAE’s own Louvre museum in the capital Abu Dhabi, expected to open later this year.

Read: Opening of Abu Dhabi’s Louvre pushed back to 2016

“I am confident at this time, especially when the Middle East region is exposed to tragic and serious incidents which had a bloody effect on France and other countries of the world, that these kinds of strong cultural ties between the two sides will open the way for peoples and cultures across the world to cooperate rather than promote disharmony,” Sheikh Adullah said in his speech.

He also mentioned the upcoming Louvre Abu Dhabi describing it as “one of the most ambitious cultural projects in the 21st century” and destined to be the premiere museum in the Middle East. 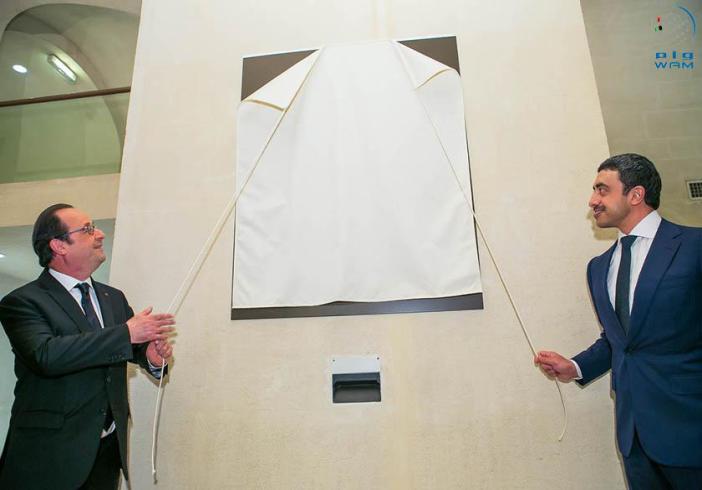 President Hollande said the new museum would be “important to the region, as well as to whole the world, because it is a message of culture, humanity, dialogue and peace. It’s more than just a new global museum that will see light in the region, in the Middle East.”

Sheikh Zayed was an active supporter of heritage and culture and was responsible for the founding of the Al Ain National Museum.

It tells the story of the French fortress, built by King Philippe Auguste in 1200, which became the residence of the Kings of France and is equipped with 3D films, animations and other attractions.

Visitors will navigate through the ruins of the medieval period, royal chambers and chapel, ending with a section on the future of the Louvre, where a model of the Louvre Abu Dhabi stands alongside other projects such as the Musee du Louvre-Lens, in northern France, according to WAM.

Louvre Abu Dhabi will host 300 works of art loaned by 13 French institutions, including the Musee du Louvre, displayed alongside its permanent collection to highlight common themes and influences throughout human history.

It will also host temporary exhibitions in a dedicated space, a children’s museum, and a research centre.