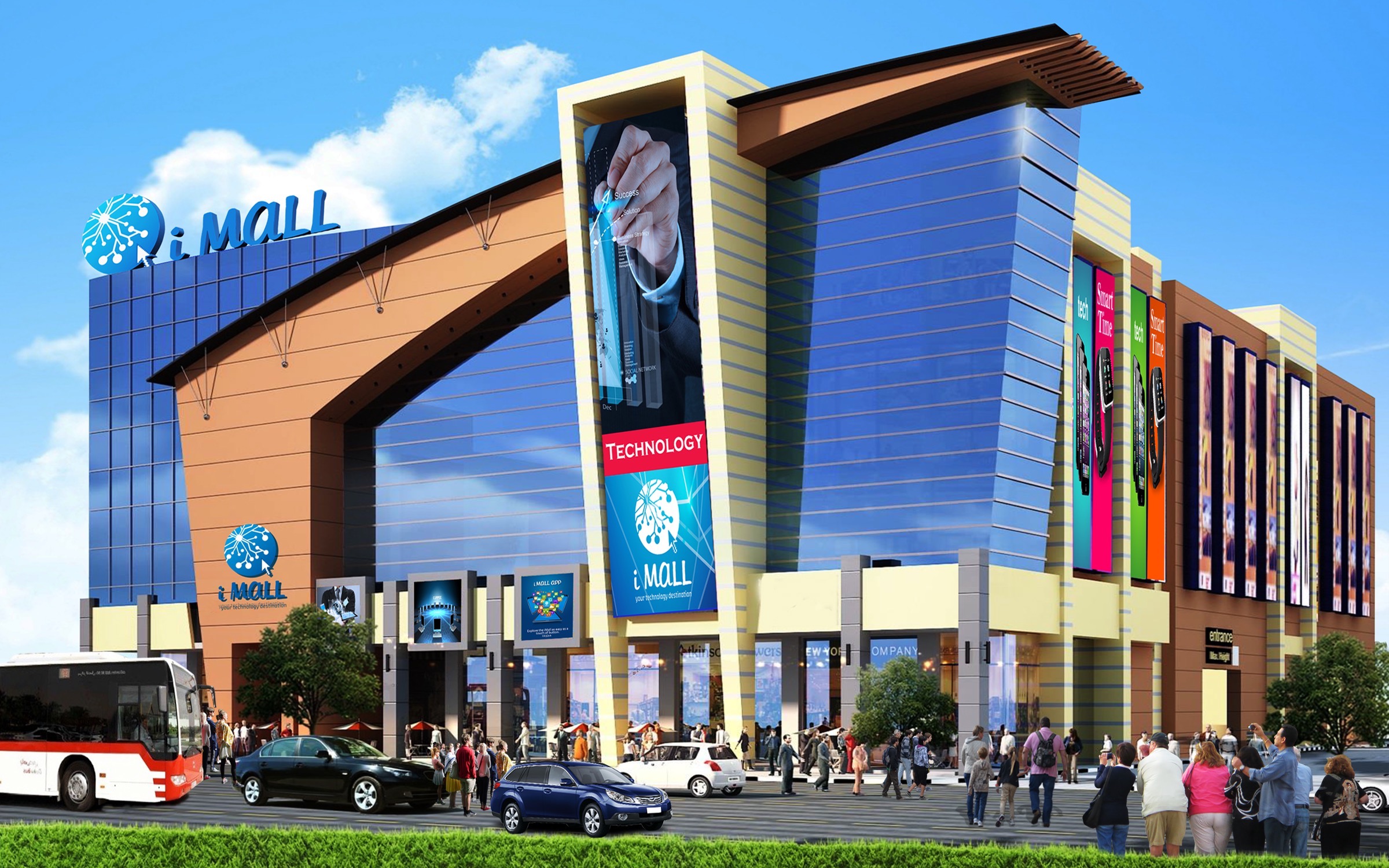 The United Arab Emirates’ first gadget-centric mall is to open in Sharjah a year after its planned date and minus 58 of its expected shops.

The three-storey iMall will officially open close to the emirate’s Dubai border and will house 42 shops across 125,000 sq. ft.

Focusing on technology and electronic products, the mall will also embrace the popular ‘all under one roof’ family entertainment concept with the department store Joanna and a food court.

Developed by Nice Home Real Estate, the mall was initially scheduled to open in May 2015, but was hit by construction delays.

The mall was also expected to house 100 shops, and showrooms, but will instead only open 42 due to the “huge” space occupied by Joanna, iMall told Gulf Business.

Those opening on Thursday include Goldgenie, a UK-based company entering the UAE market offering gold-plating of mobile phones and accessories.

The mall’s entertainment area will be known as the ‘Game District’, which will feature a vortex tunnel at its entrance.

Within the district will be a  laser maze challenge, soft play section and classes by Japanese company Creative Robotics CR8  to teach children the science of designing and engineering robots.

iMall director Monir Lotfi said: “The iMall provides unique deals across all its product categories, and incomparable leisure and edutainment experiences. With the addition of a department store, we couldn’t have picked a better date to launch the mall as it provides people in UAE a new shopping and entertainment destination during Eid al-Fitr.”